Ryuko has always been a female character that has stood out to me. I find myself often loving the “tomboy” like female characters in anime as they always seem to be the coolest and most loveable ones for me. Ryuko has that very tomboyish attitude in the way she speaks and holds herself but at the same time she is still quite feminine which I love. Her iconic and very revealing outfit makes brings her much embarrassment but at the same time she is able to work through that and kick butt with her head held high. Ryuko isn’t afraid to stand up for herself and I admire her determination as she is willing to do whatever it takes to avenge her fathers death and will fight anyone she has to to obtain her goal. I also love how cool she is as she can look and act cool without even doing much and I have always admired that kind of cool demeanour. She has always been a big girl crush of mine and I just love her character! 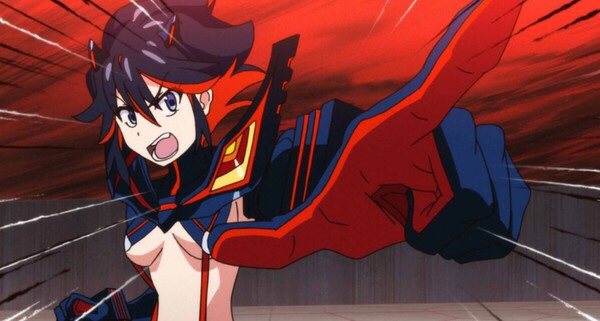 Who is your favourite female character? Let me know down below!

Check out previous days of the challenge here:

Day 1 – There is a First Time for Everything

Day 2 – My Most Favourite of Favourites

Day 3 – One of My Many Male Favourites

31 thoughts on “30 Day Anime Challenge: Day 4 – One of My Many Female Favourites”