I think out of all the sad anime scenes I can think of I think I picked a pretty weird one. I mean I could have chosen when Ed and Al find Nina and Alexander or when L dies in Deathnote but when I was thinking of scenes the one I chose sprang to mind. Switch or Kazuyoshi Usui’s backstory from Sket Dance.

I might be cheating slightly with this one because it isn’t exactly one particular scene but a series of scenes. Sket Dance is primarily a comedy based anime but it does have its fair share of sad moments and Switch’s backstory is definitely one of them.

For those of you who don’t know Switch is a character that speaks through his computer. His backstory gives details that he had a younger brother who died from being stabbed and the Switch known in the anime becomes his younger brother because of the grief.

Look at him! He was so cute!

The scene that really got me was when he breaks down on his bed and starts crying which is then followed by him cutting his hair, changing his clothes and him becoming mute because he is just cannot handle his brothers death any other way. He takes over his brothers life whilst keeping his own name and computer generates his own voice into his laptop so he doesn’t have to speak himself. I can’t look at Switch’s character the same anymore after seeing his past. 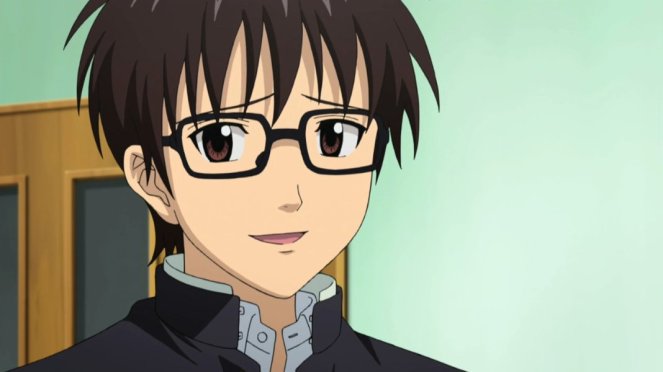 Kazuyoshi turning into his younger brother….

Check out previous days of the challenge here:

Day 1 – There is a First Time for Everything

Day 2 – My Most Favourite of Favourites

Day 3 – One of My Many Male Favourites

Day 4 – One of My Many Female Favourites

Day 9 – Villains Come in All Shapes and Sizes

Day 11 – My Not So Favourite Favourite