The spring season of anime has begun and my watch list is filling up fast, so fast that I can guarantee I’ll fall behind on some shows but I never learn. It seems I don’t quite comprehend the meaning of self control when it comes to watching anime. With that I’m going to give my first impressions on the shows I have checked out so far this season. 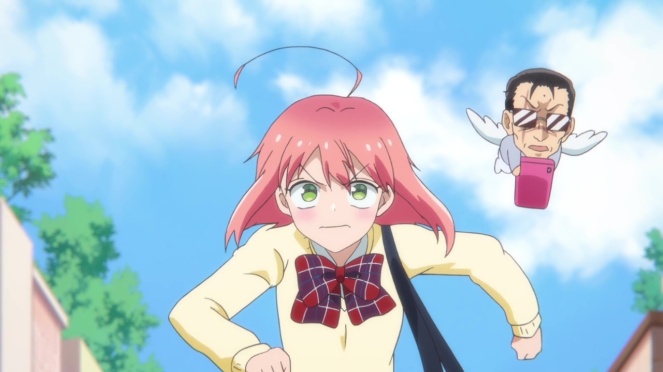 I got to see the first two episodes of this as a special preview that Crunchyroll did a couple of weeks ago (bless you Crunchyroll). From the first two episodes I can already tell that I’m going to love this anime. Its parody comedy of the magical girl genre and all of it’s traits are laid bare to look upon and laugh at. Everything from the jokes about magical girl rods being just rods that you hit enemies with to the scary yakuza guy who is actually the magical girl mascot really made me laugh. I think this is going to be a strong, enjoyable anime for me this season.

This anime seemed to also do a special two episode preview. My first reaction was mixed as I was questioning the idea of cute, racing horse girls who are also idols. But after giving it a chance I found it so far to be quite charming and adorable. A few of my initial questions such as “why does a horse girl have a human mother?!” were answered promptly and the characters seem very cute and likeable. I think this will be an enjoyable “bit of fun” series for the season.

I have to say I was looking forward to this one because the synopsis made it sound like it would be a series that I would enjoy. To my disappointment this anime only last three minutes and the first episode left me a little confused as everything seemed to happen so quickly. It’s a series that still holds my interest as I want to see how it develops but whether it will deliver on expectations is another thing.

Dance with the Dragons

This one is going to get dropped. I’m sure of that. I’m always reluctant to give up on anime after just one episode as it’s only an introduction to the series and usually doesn’t give you the true colour of the show just yet. But I can already tell this one is going to be a flop for me. The setting and characters didn’t retain my attention (I spent half the time looking on my phone) and it just seems rather dull. I’ll give it another shot but I think this one will be dropped fairly quickly.

You don’t know Gunma yet 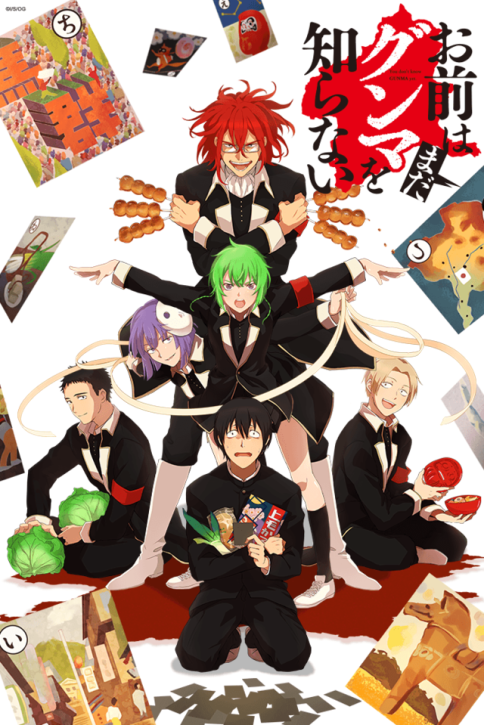 What even is this show?! I watch this on a whim. I saw it and clicked, that’s it. Considering the episode is 3 minutes long (what’s with all the short series) it didn’t give me much storyline or character development to go off. It left me feeling very confused but considering how short it is it’s something I’m willing to give a shot at.

I mean…I like moe so obviously this is going to be a good contender for me this season. Episode one gave an introduction to the main four characters and shows a promisingly cute scenario of a bunch of mangaka living together in order to improve their work. I love how each of the girls has their own genre they work on and the characters look like a likeable bunch.