One of the coolest (but also most nerve-wracking) things I did on my trip to Japan was the infamous maid and cosplay cafe experience. *Cue oohs and ahhs here for living the otaku dream* 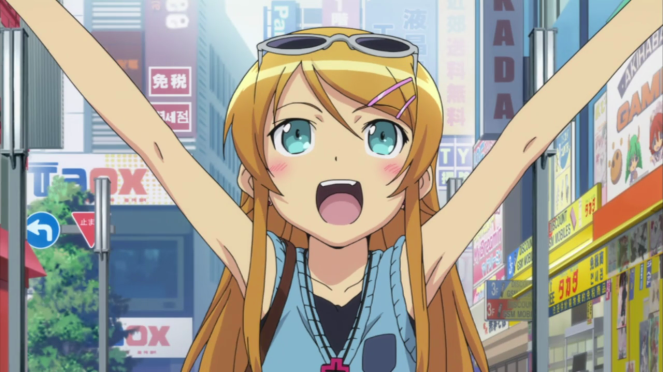 On our very first day in Tokyo we ended up somehow stumbling into a vampire cosplay cafe. Not literally because it was on the sixth floor of a random building and we would have never found it by ourselves but after my dad asked a random girl dressed as a vampire on the streets of Akiba where we could eat we ended up being escorted to the cafe she worked at. After suffering for hours in the hotel with a migraine I finally got to live my first real Akihabara experience by sitting into a vampire cafe eating pizza. I even talked to our (super adorable) vampire about anime through a translator. It was pretty surreal.

No blood was partaken of during my experience. But pizza was demolished.

I unfortunately don’t have any pictures from the vampire cafe but I assure you it was cool as heck. The decor was Victorian inspired. They had fancy wallpaper and chandeliers and J-rock was blasting out of speakers. They even had a cute doorbell as you walked through that played creepy vampire music. All of the waitresses were dressed as handsome vampires and each vampire looked after their own customers until they had finished. There was an hour time limit which could be extended for extra charge and the food was pretty delicious. The vampire that served us was lovely and when we saw her on the street advertising again a few days later she waved at us. I will say that visiting these cafes isn’t cheap but it’s such a bizarre and a once in a lifetime chance experience that I think it is worth it. It was certainly an interesting way to kick off my first Japan trip.