Odaiba was an unexpected day out during my time in Tokyo. It’s an area that I originally hadn’t thought of visiting but I am so happy that we decided to go spend the day there. Odaiba is an amazing artificial island in Tokyo which you can access by crossing over the Rainbow bridge by train. 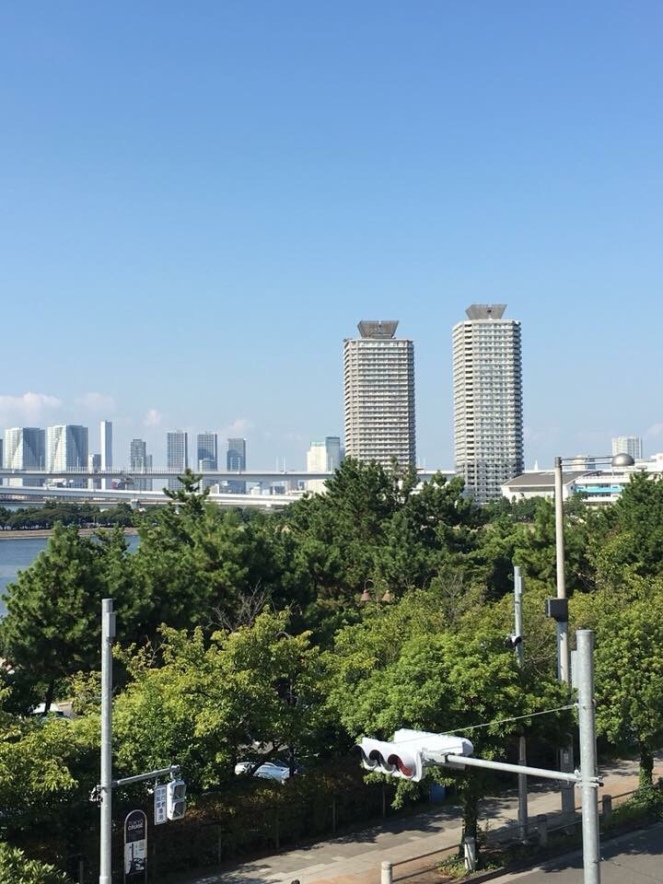 The island had a beach and as we went in September there was many people playing beach volleyball and having fun in the sand which was really cool to see. As someone who comes from a very grey, rainy country where the beaches are often very cold and rocky it was really fun to see people playing volleyball in the sand. That just doesn’t happen in the U.K. The island is surrounded by the ocean and we could see the Rainbow bridge as well as a lot of the rest of Tokyo from the island which was breathtaking to see. When I got closer to the ocean when wandering around the beach area I noticed something that really fascinated me. The ocean was full of these adorable little jellyfish and I was fascinated with watching them swim around. 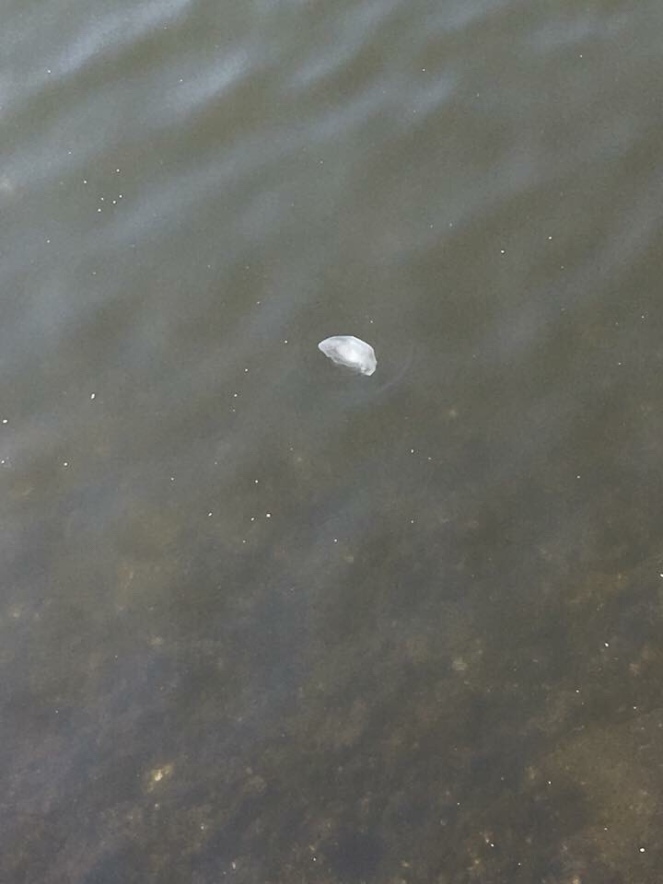 A poor attempt to capture a photo of the adorable jellyfish

We spent most of the day wandering around the area as there are some fantastic views and a nice shopping mall as well as a gaming arcade to explore. We ate at a restaurant called Eggs n Things which did a lot of omelettes which I love eating and it was delicious.

One of the coolest and somewhat bizarre parts of Odaiba is the fact that there is a small version of the Statue of Liberty there. I’m not sure why it’s there but it’s pretty cool to see.

Towards the end of the day as the sun was setting the views of Tokyo and the sea were even better. 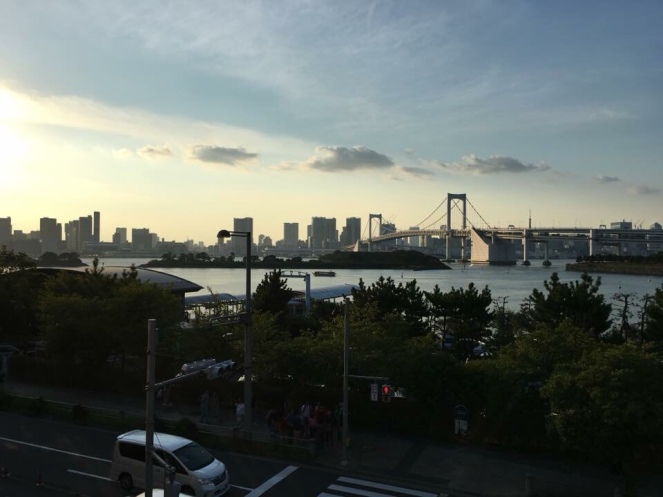 I recommend checking out Odaiba if you are ever visiting Tokyo as it is a great day out.