This was our second travel day in a row as we left our one night stay in Kyoto and moved on towards Hakone. I was a little nervous to get to Hakone because we were unsure of how we were going to get upwards the hotel.

After falling sleep twice on our journey over to Hakone we finally reached our hotel after a couple hours ride by Shinkansen and then by bus. We stayed at the Prince Hotel which was in a fairly remote area in Hakone as there was countryside everywhere. Thankfully we found out before leaving Kyoto that we could book a bus ride that took us directly to the hotel which took about an hours bus ride from Hakone train station.

Hakone was one of the most beautiful places I have ever stayed in. My family isn’t rich so we normally stay in cheap and cheerful hotels. This hotel was something else for me. It was really posh from my standards. Like “oh crap I totally don’t fit in here with my Gravity Falls SnapBack and oversized anime shirt” kind of posh. It even had an onsen, tennis courts and a golf course. It was insane and I loved every moment of our stay there. 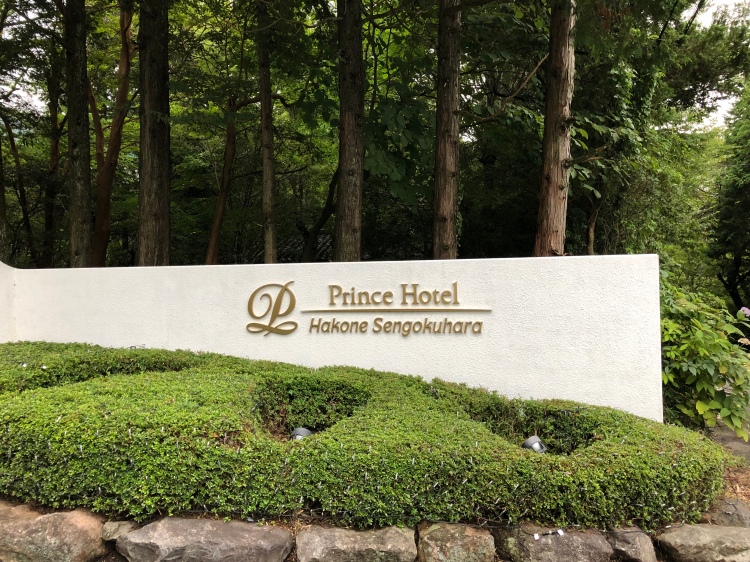 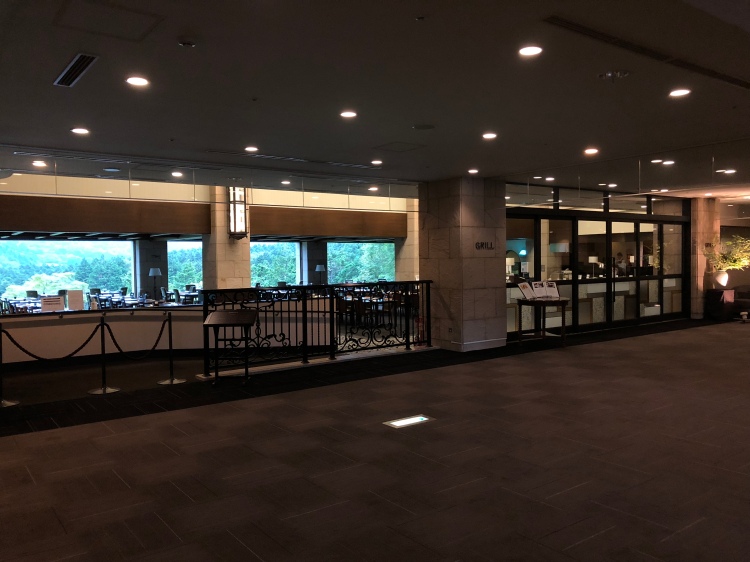 When we had checked in a member of staff came out and carried our bags for us and showed us directly to our room. She even helped us get our luggage into the room and only when we had everything sorted did she leave us. On the way to the room other staff members who were walking by us would actually stop to bow and great us before carrying with their job. This treatment blew me away and made me feel like an appreciated guest which was lovely. 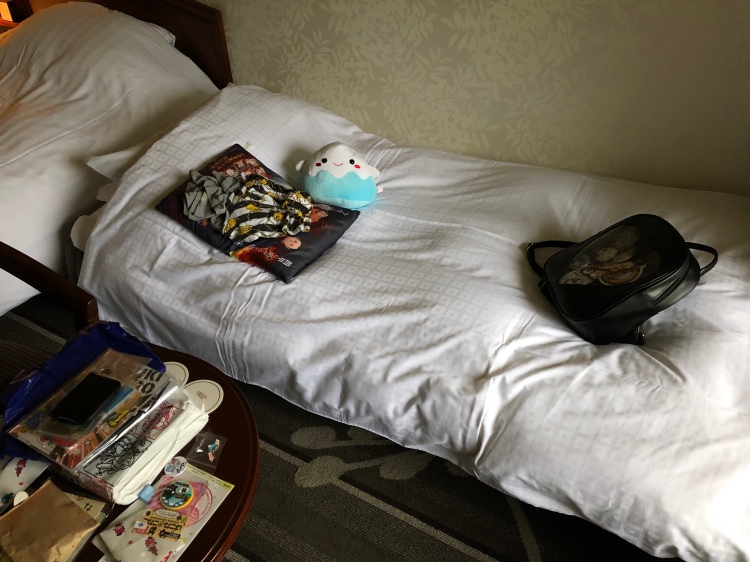 When we got into the room I fell instantly in love with the place. I bolted for the fold out bed which was right by the balcony. The window opened up to an arch shaped balcony which held the most spectacular view of the mountains. This hotel was a country club with a full golf course so our window faced part of the course. I think the area we could see was the practice area before people move onto the real course to play properly. The mountains were beautiful and from what I could see they were densely packed with lots of green trees which filled up the mountains. 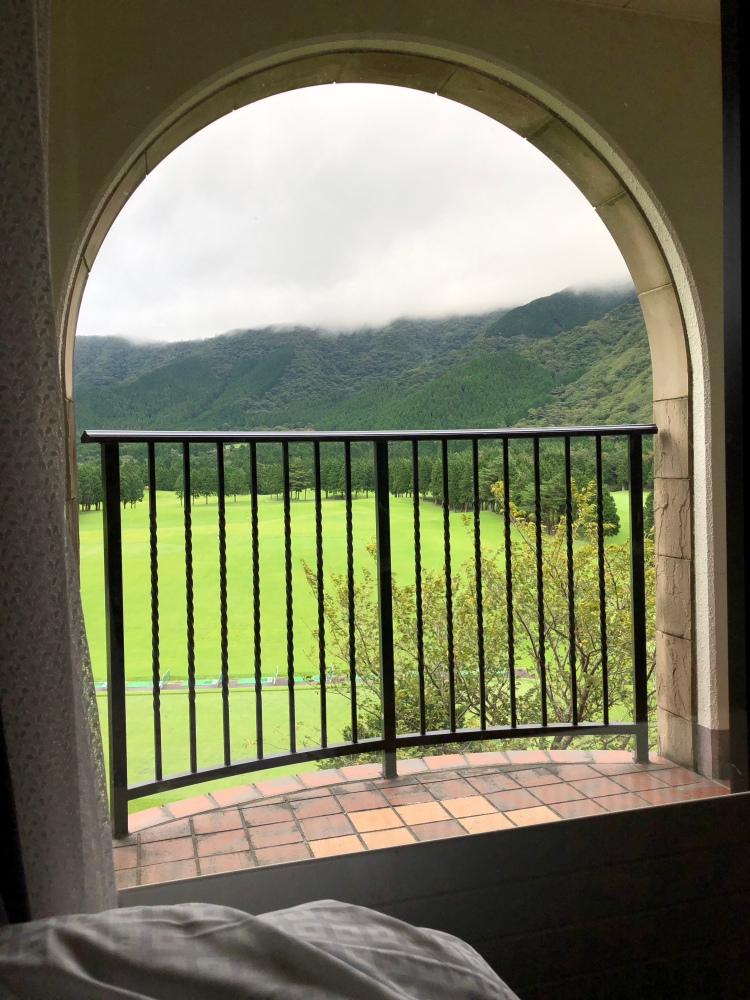 As we were very hungry my parents decided to head down to Lawson which was down the street from the hotel. 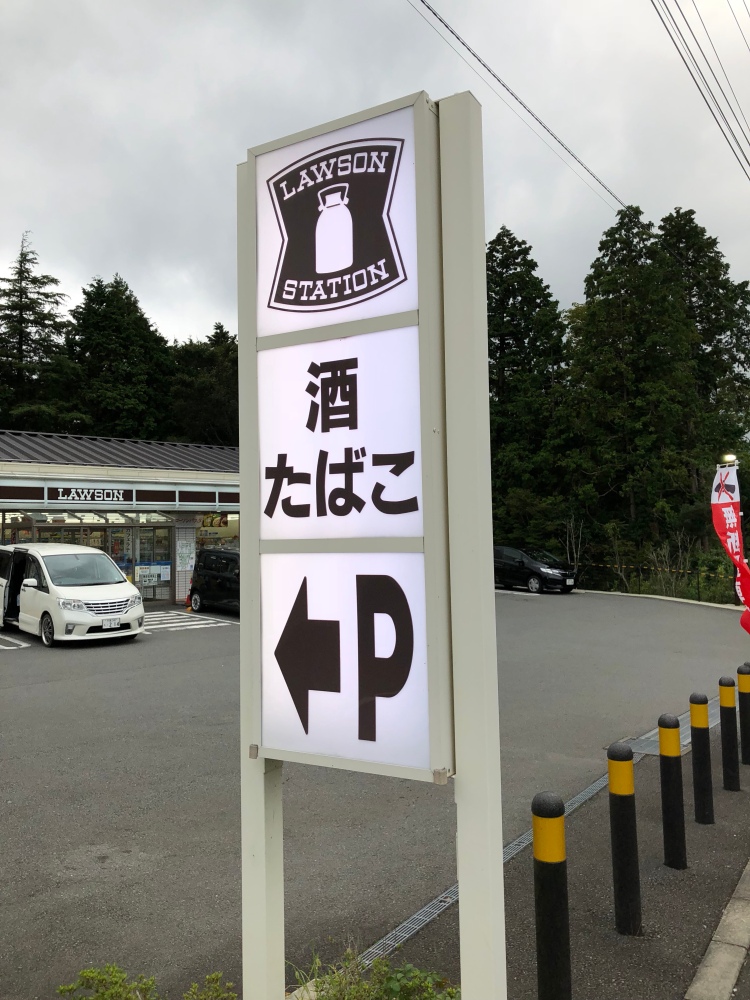 I decided to stay behind because I was tired and wanted to rest a little. I’m so glad I decided to stay behind as that day will forever be engrained into my mind. I got comfy on my bed, opened up the curtains and loaded up my YouTube app. Occasionally, between watching CDawgVA and grav3yardgirl I looked up at the window and took in the views once again. Once my parents got back I ate dinner which consisted of cereal. Yep, cereal for dinner in a posh hotel. I also munched on KitKats and other various junk food and basically just tried to take in that it was actually happening. I felt such an overwhelming sense of coziness in our room and it’s a feeling I’ve never had from any other hotel experience up until that point. I’ve always had this silly dream about staying in a beautiful place in the mountains (in my original dream it was in America but Japan works just as well) and I think this hotel full filled this dream.

That night as I was falling asleep we had the window open slightly to let some air in. The breeze whistled and mixed in with that was the chirping of crickets and frogs which was the most relaxing sound to sleep to. I remember kind of smiling to myself and thinking that I was living some crazy awesome dream. I know that sounds so sappy but it’s true. 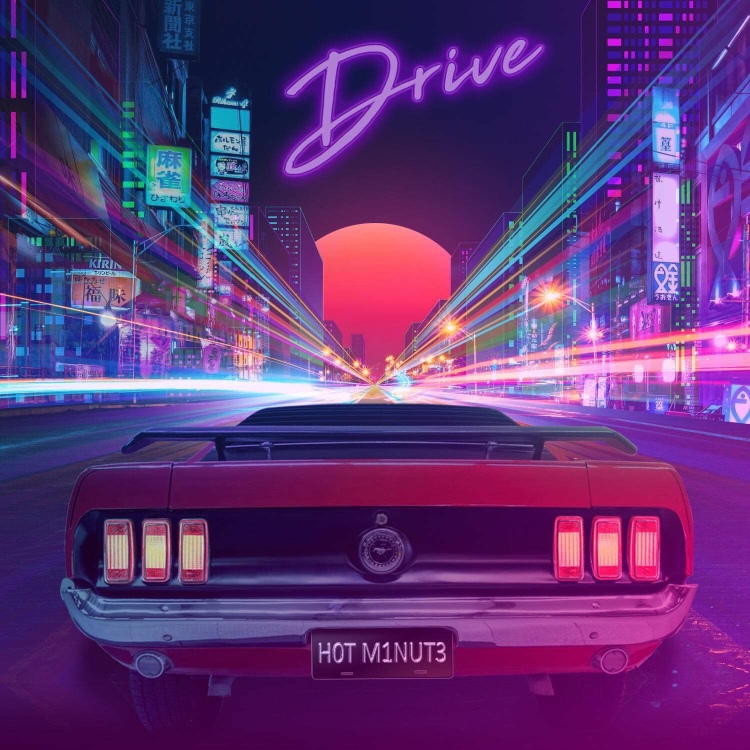