Harajuku was our first main stop whilst visiting Tokyo. Over the past few months I had been wanting to experiment more with clothing and change up my wardrobe a bit. Since I adore Harajuku fashion it seemed like the perfect place to grab some pieces for my wardrobe. I’d spent months stalking a bunch of different stores on Instagram to see what goodies they had to offer.

We took the subway down to Harajuku and made our way over to Takeshita street which is just across the rode from one of the stations exits. I visited a couple of stores such as WeGo and WC but nothing really caught my eye. There are so many cool looking stores on the Main Street though which are fun to look at and take pictures of. 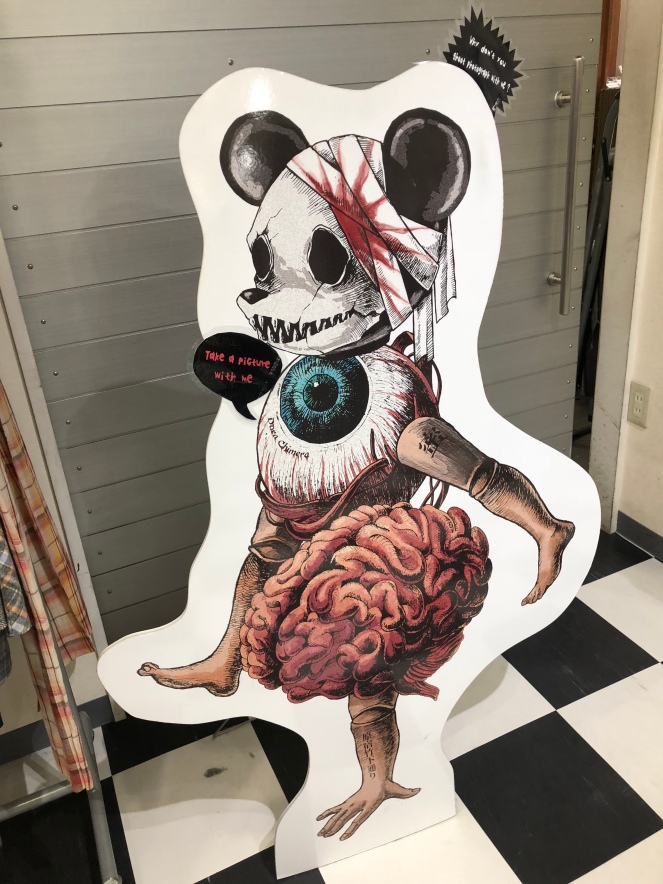 I then made my way all the way down to the end of the Main Street to one of my favourite clothing stores, Listenflavor. Although the clothing store is tiny it is filled with beautiful pieces of clothing which often fit my aesthetic perfectly.

I tried on a couple of things, one of which I had been eying on their instagram page for months. I had been basically drooling over this oversized t-shirt which had a gorgeous anime girl deign on it. It looked great on so I was thrilled. I also decided to try some skirts on to try to move away from my comfort zone of my usual ripped jeans. None of the skirts did anything for me and I ran into a bit of a snag whilst trying one of them on. As I have a larger, hourglass shaped body type sometimes clothes in Japan are too tight or just won’t fit at all. In this case I managed to get the skirt on by pulling it over my head but when I went to take it off I couldn’t budge the thing. Panic began to set in and I was wondering if I would have to be cut out of the thing and I started to feel pretty claustrophobic. In a semi-frantic state I asked my mum for help and we managed to get it off. Afterwards we ended up laughing about it because it was pretty funny.

The girl who served me and helped me in Listen Flavor was so lovely. She was so helpful in explaining things like what was new in and what some of the designs were. She also helped me when I wanted to try stuff on and waited whilst I tried and decided on the clothing. She stroked up conversation with where I was from as well as the Menhera style shirt I was wearing. At the end when I paid for my shirt she took me to the front of the shop before giving me my bag and then asked if she could take a photo of me outside the front of the store which I agreed to. It was such a sweet experience overall minus the skirt thing.

I found whilst wandering down the Main Street of Takeshita that the area was packed with people. I couldn’t figure out why it was so busy and I then realised it was a Sunday. This made manoeuvring around the streets awkward so I recommend going on a weekday when it’s more quiet.

After ListenFlavor I headed up towards PARK which is a store that combines otaku culture with fashion. It’s based off of the store from the anime Urahara and so they have a lot of merchandise based of the main characters from that show as well as other anime merchandise. They also sell clothing from brand such as Omocat and independent artists. The store is pretty compact but it filled from floor to ceiling with otaku goodness. I picked up some t-shirts and a Omocat sweater as well as a couple of doujins. After Park I went across the street to B-side Label which is another favourite of mine. I have a soft spot for stickers and this store is a sticker paradise. 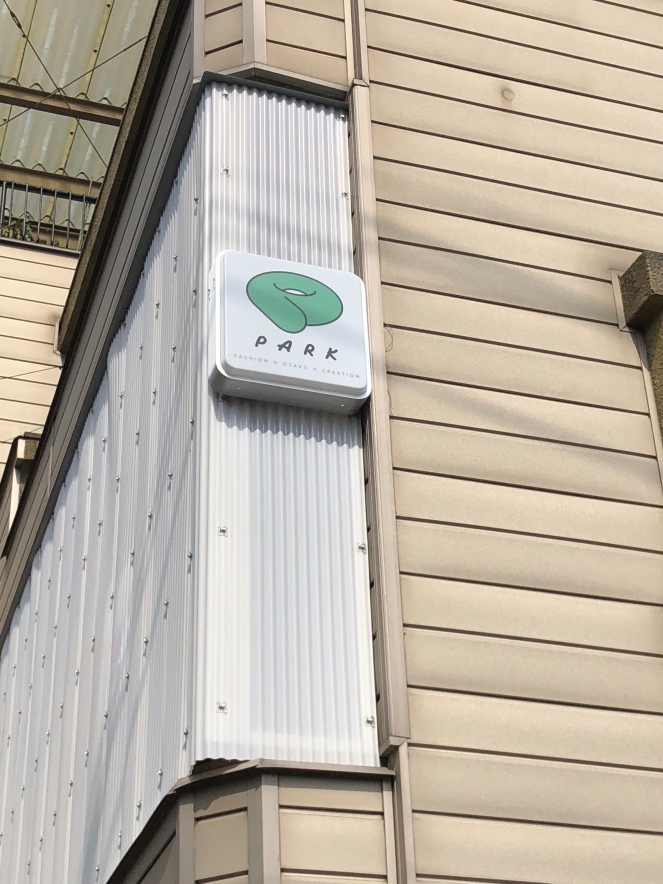 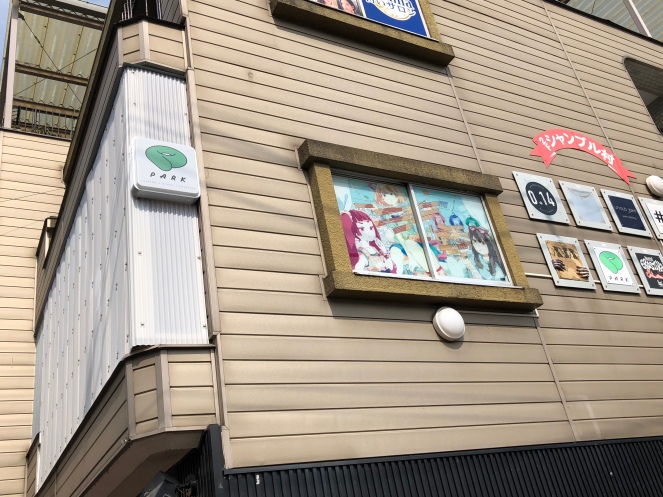 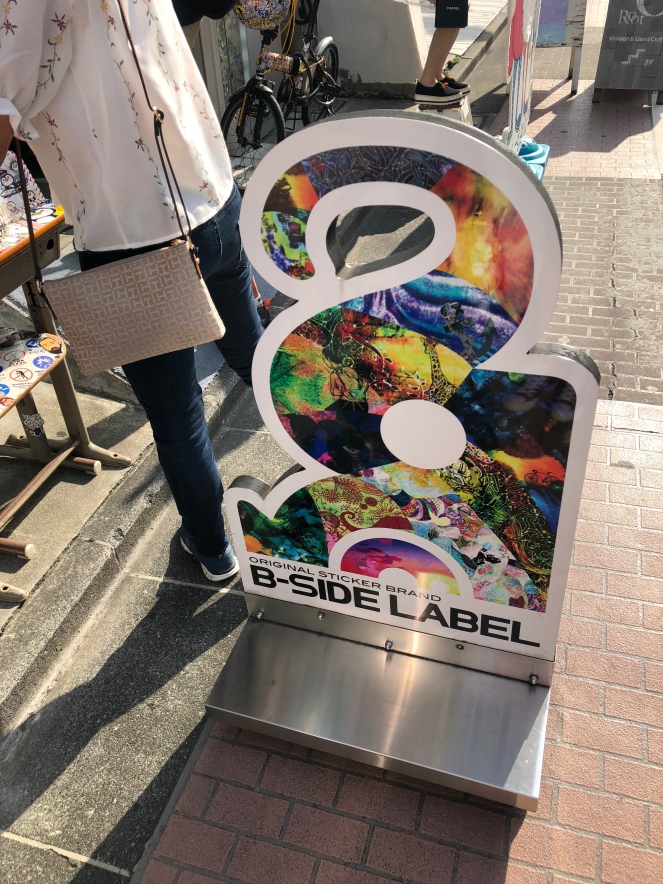 We spent the later part of the day wandering the back streets of Harajuku and at one point we headed over to KiddyLand. When I first walked into KiddyLand I was met with a How to Keep a Mummy display and I freaked out a bit. My parents fell in love with Mii-kun the moment they saw the little guy and it was just so freaking adorable. 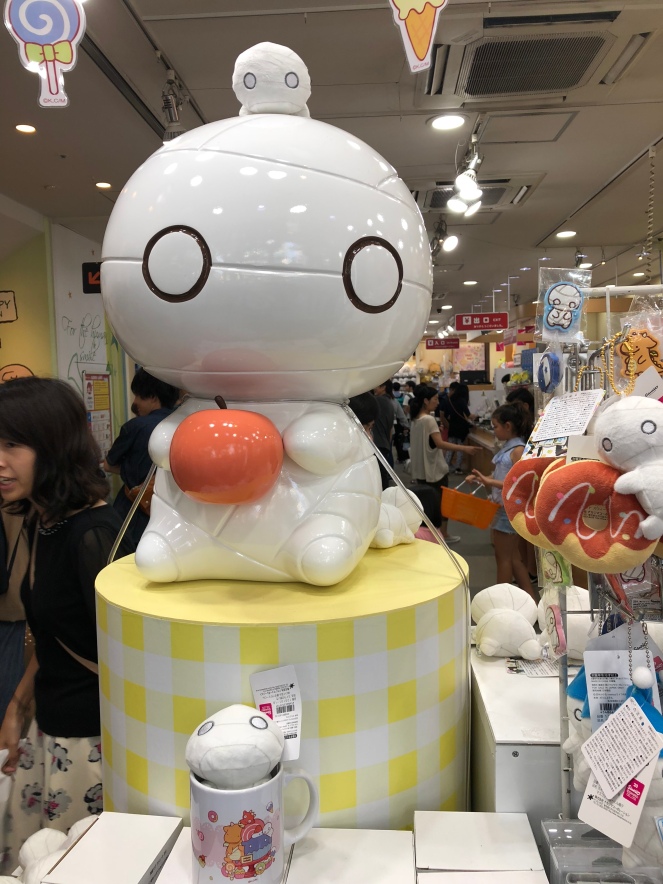 When visiting Harajuku I recommend checking out the backstreets and there are some hidden gems. 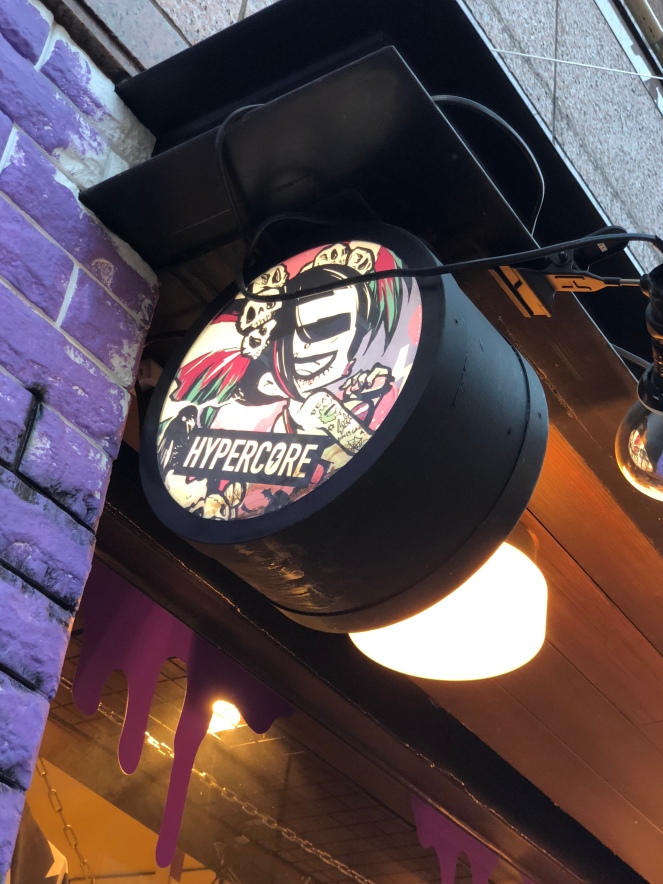 In the evening we headed down to Kabukicho which is where the famous robot restaurant in located. Visiting this district was the first time I had ever felt uneasy whilst in Japan as the whole area scream danger at me. I mean it is the red light district so my uneasiness made sense. The robot restaurant was massive, covered in bright and flashing lights and obnoxiously loud music. We pre-booked tickets for the last show of the day. We arrived and headed up to the waiting room which was insanely trippy in terms of decoration. The ceiling was full of large circular clusters of lights which flashed different colours continuously as if it was it’s own little rave. Other parts of the ceilings and walls were silver and gold as well as mirrors. The walls were also covered by giant traditional pieces of artwork of tigers, dragons and geishas. There were TV’s which played clips of things to do with the restaurant to. 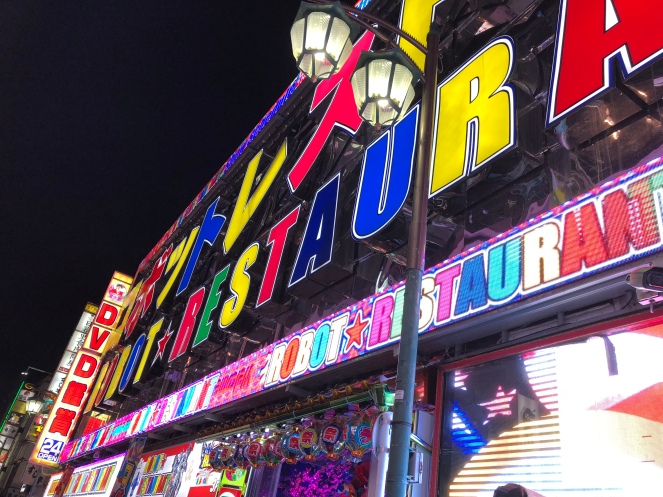 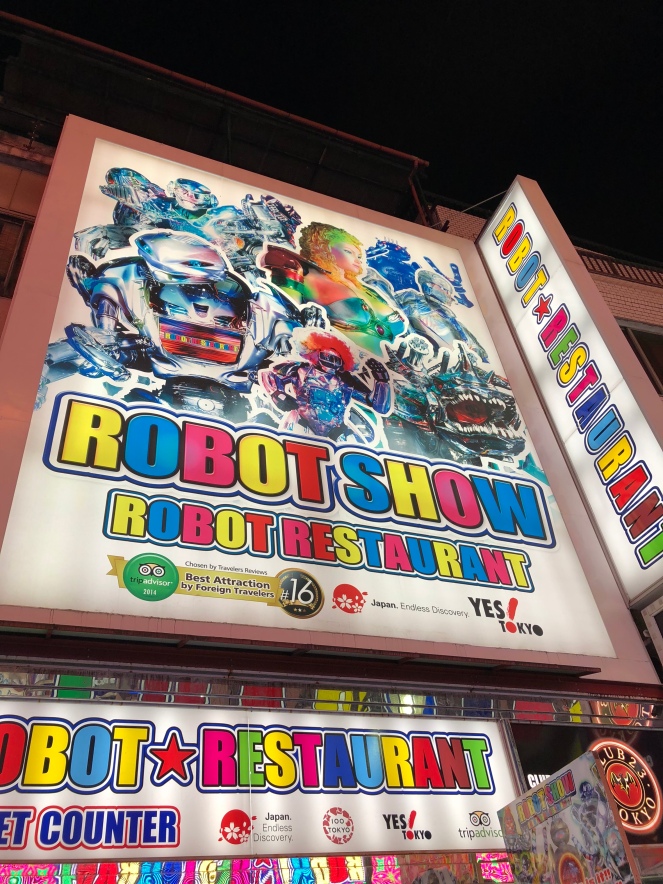 Not long after we sat down in the waiting room the preshow entertainment began. I was sat facing away from the piano in the room and all of a sudden the famous opening from Neon Genesis Evengelion started playing. 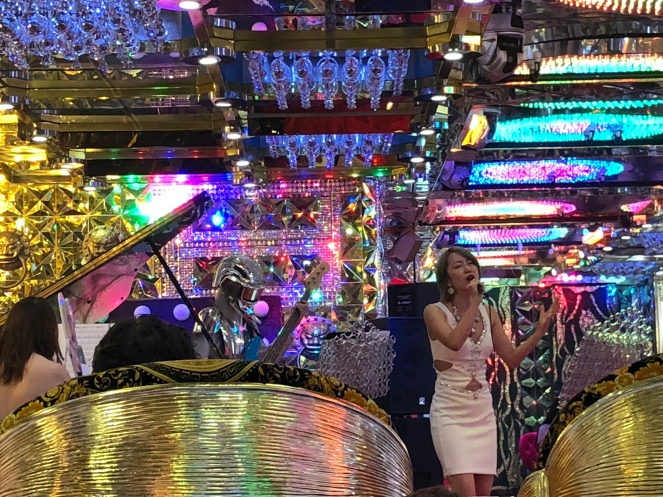 Our robot restaurant adventure came to a holt soon about 20 minutes later. As they announced that the show would be starting soon we were led down many flights of stairs into a tiny room in the basement of the building. As we descended down I felt it getting increasingly hotter and then when we reached the basement we realised it would soon be tightly packed with no air conditioning. This made us realise we wouldn’t last 5 minutes in there so we made a swift exit into the fresh air. I don’t feel like we missed out on anything. Thinking back the restaurant seemed rather tacky as well as expensive so maybe it was for the best that we left. After the robot restaurant fail we headed home to eat convenience store junk food and get some sleep.