I visited Nara on my first trip to Japan in 2017. The hotel we stayed in was actually around the corner from the deer park which was amazing as it only took us minutes to get up there and begin exploring.

As we entered the park we were immediately met with deer wandering around doing their thing. A few tourists were around taking pictures and I, of course had to join everyone else with the picture taking. Although there are deer in the U.K. they are wild and extremely timid when it comes to people. So, this park was so much fun for me because of how chilled out all of the deer were compared to back home. These deer are semi-wild but it’s easy to get up close to them and even give them a little head pat.

The deer are sacred creatures in Nara and they are treated with a lot of respect. As an avid animal lover I appreciated this greatly and I love that the Japanese and the deer can live so harmoniously together. Many signs were dotted around stating to treat the deer with respect as at the end of the day it’s their home. 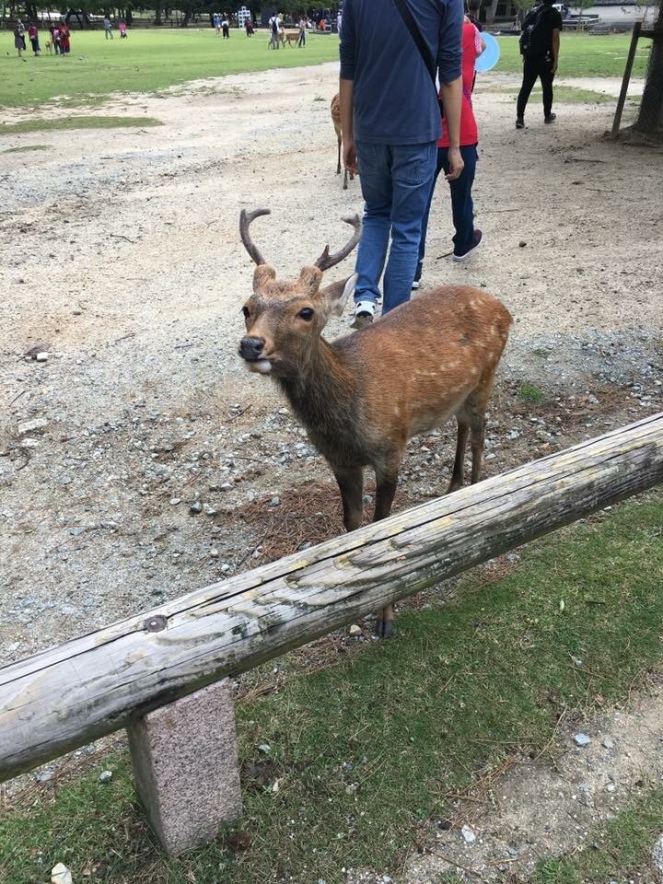 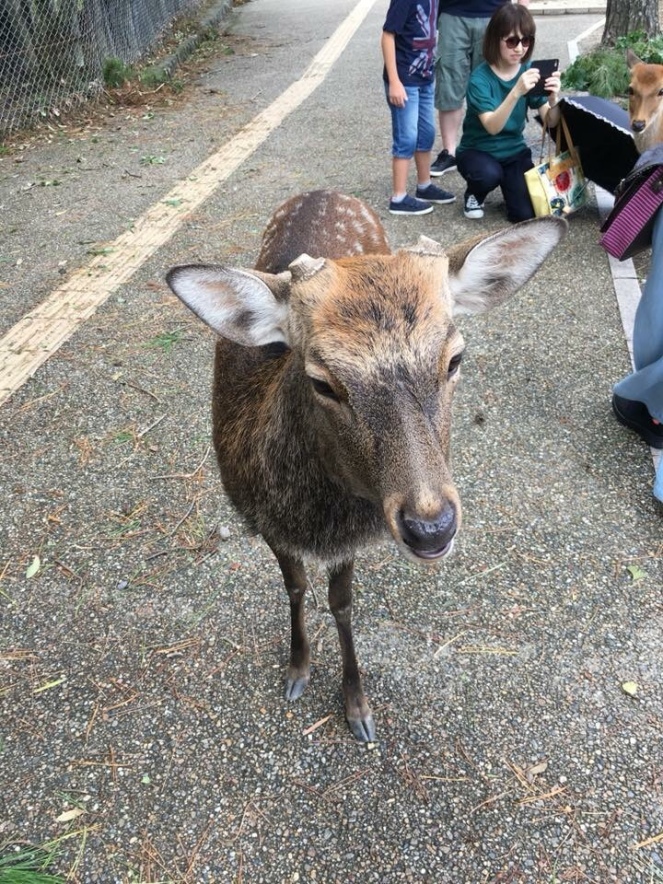 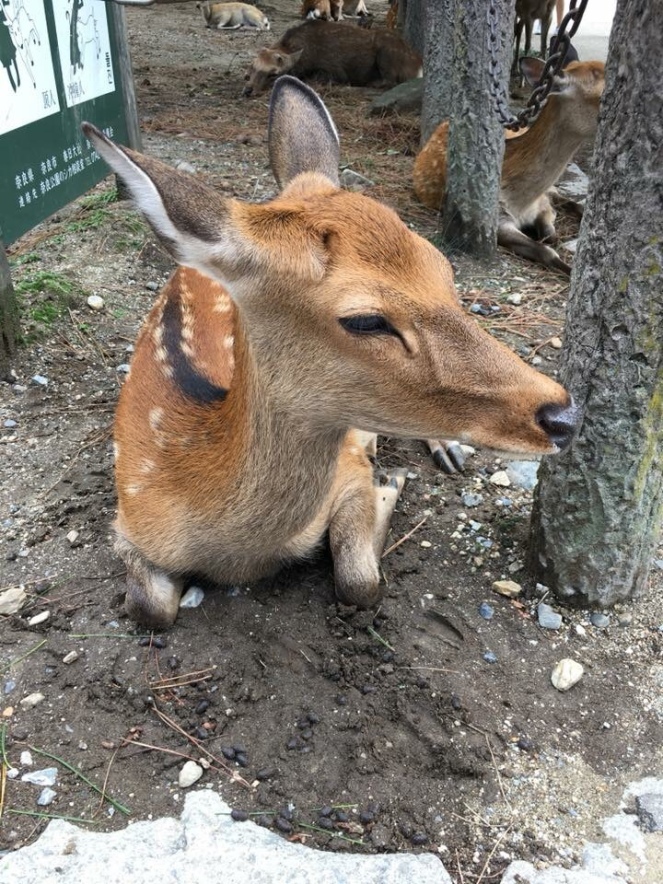 Not long after entering the park we came across little stands selling deer crackers. The crackers were bundled in deer friendly, edible paper and only costed a couple of hundred yen. As soon as you have the crackers in your hand the deer come swarming at you. Usually four or five deer will come to you and won’t leave you alone until there is nothing left food wise. This puts many tourists, including myself, into a hilarious frenzy. Deer often try to bite your clothes or bags and I even saw some head butt a few people because they want food. They are super cute but often pretty greedy and they are certainly well fed. Although the deer can be greedy they also have respect as if you bow to the deer they will bow back before taking the food. It’s adorable! 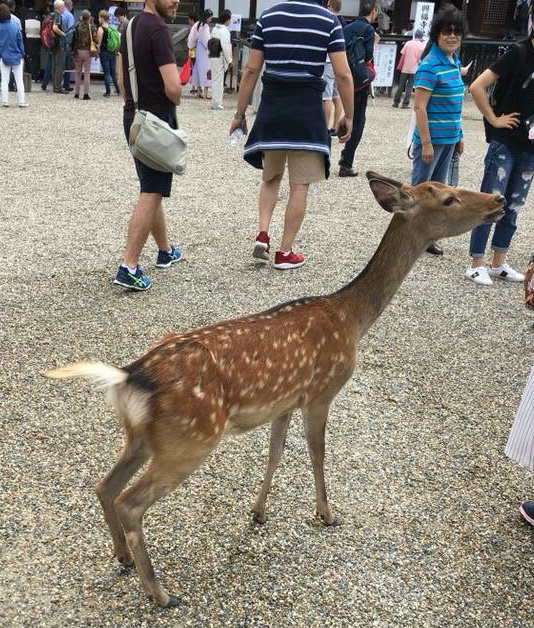 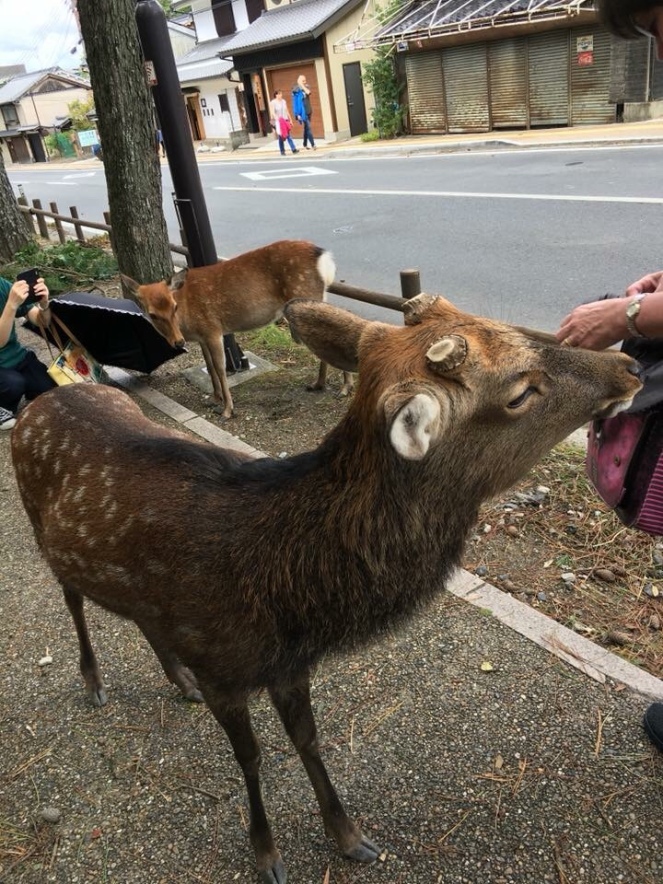 As we wandered through the park and up towards Todaiji temple we saw a constant stream of deer which was lovely to see. When you’re not getting attacked by deer for crackers it’s such a relaxing place to be. At one point in the park I saw another tourist try to hit a deer because it was looking for food off of him. I ended up telling this guy off for trying to hit the deer as it was the deers home, not his. I’m not someone who normally does stuff like that but my sense of justice kicked in and that was that. I still feel quite proud of myself for that one. 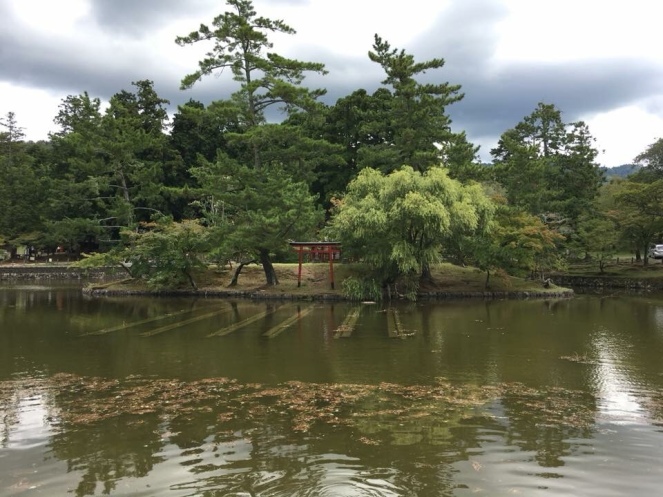 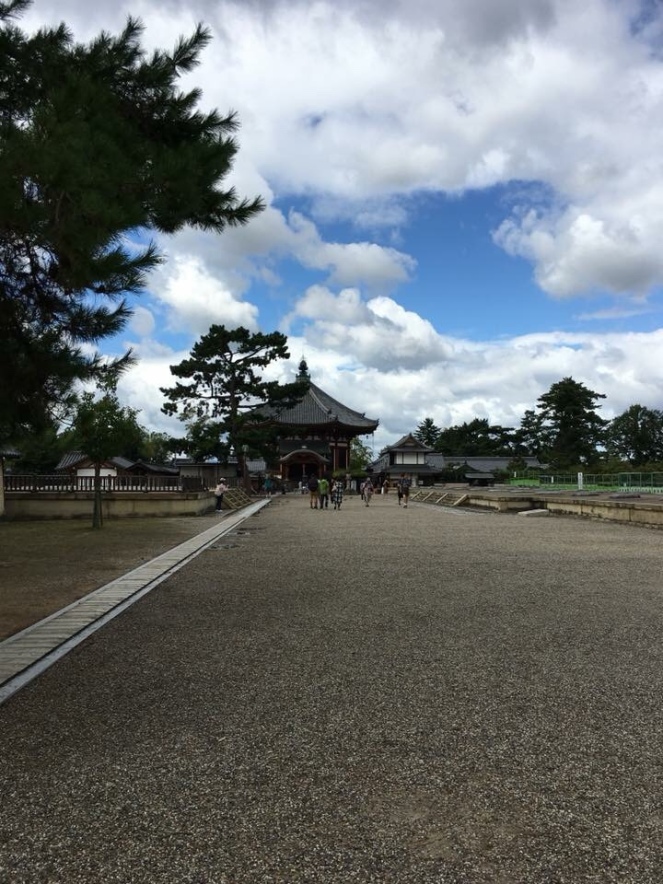 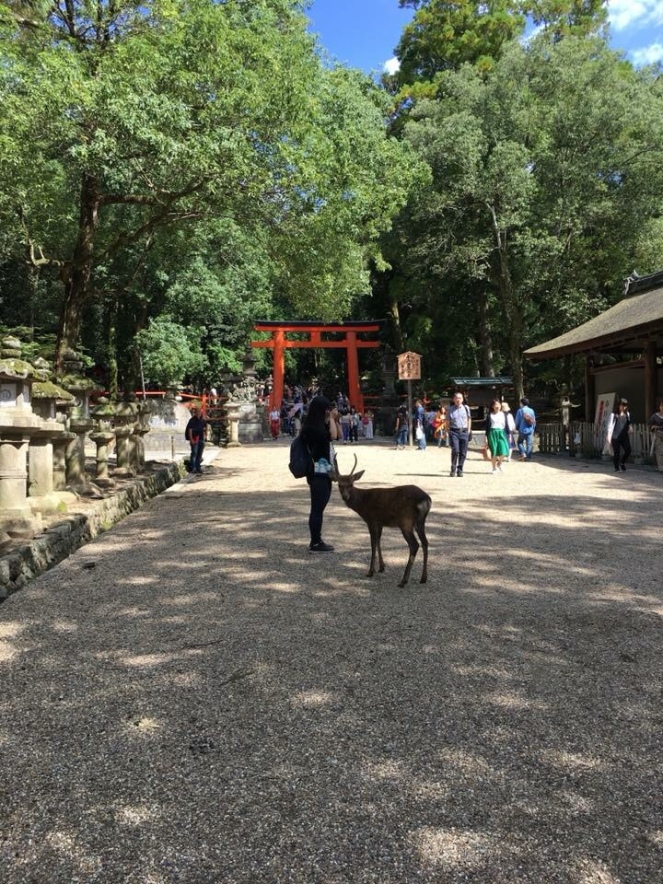 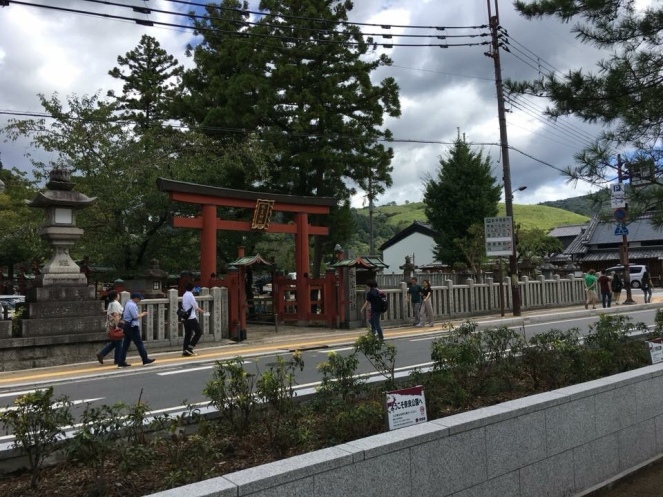 I cannot recommend visiting Nara Deer Park enough. If you love beautiful sights and adorable animals then it’s the perfect place to see.