Winter 2019 is almost upon us and it’s that time again where I roll off a few of the series I will checking out for the next up and coming anime season. I’ve been doing these posts since last spring and I love it when this time comes back around as it gets me excited for the new season of anime. Check out my list of some of the anime I’ll be checking out this winter.

The Promised Neverland is a name I have heard floating around the internet for the past few months. I’ve seen multiple people talking about how good the manga series is and it has been on my radar of must reads for a while. From what I’ve heard I know this series is amazing, is darker than it looks and is something to watch with little to no knowledge of it in order to prevent the plot from being spoiled. I’m hyped for this one and I hope it doesn’t disappoint.

I had no idea about their being a second season of Kakugurui until I looked on MyAnimeList at this winters lineup. The first season of the Netflix original really caught my attention and when I reviewed it I stated that I’d love a continuation. I’m thrilled about a second season as I found the devious dealings of high-schoolers gambling to be truly fascinating. Hopefully this will be another season full of crazy characters who put the stakes way too high to handle. 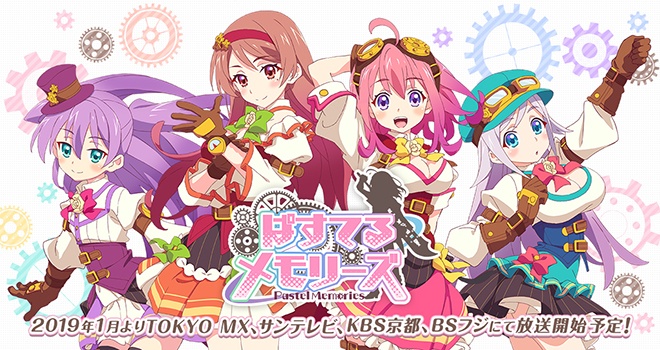 I love it when anime is centred around otaku culture and the wonderful district of Akihabara. The concept of the otaku subculture declining in the area and trying to get people back into said culture sounds like it could be a bit of fun this upcoming season. Whilst I don’t have high hopes for this series it looks cute and sounds like it is worth a shot. Plus the girls in steampunk outfits sold me on at least trying it.

Whilst we all still have to wait for the second season of the beloved One Punch Man I’m sure we can bide our time with the second season of the awkward yet adorable Mob and his psychic abilities. I really enjoyed the craziness of season one and season two will hopefully be just as fun. Although it’s been a while since I watched Mob Psycho 100 I remember that the artwork, characters and overall vibe was crazy but amazing.

I saw the word “horror” in the genre categories for Boogiepop Phantom and immediately knew it would be a series I would have to try this winter. I want anything and everything horror when it comes to anime and I’m hoping this series doesn’t disappoint like many other horror series often do. I know this isn’t the first anime to come from this series as one aired back in 2000 but being completely blind with this series I’m hoping todays animation and graphics will bring a beautiful horror my way.

I’m pretty excited about this anime as the synopsis sounds like it has a lot of potential to be a great anime for 2019. The whole idea of two people being so interested in each other but neither wanting to confess first and trying to force the other to spill their feelings sounds like a hilarious ride. I think a lot of great antics and schemes will come from this one and hopefully it will give me a lot of laughs. I have a really good feeling about this series but i’ll have to wait and see.

I hope 2019 will bring some amazing shows into the anime community and I’m sure there will be lots to talk about throughout the year.