It feels like a hot minute since I have written a Nerdy Travels post and I have missed writing about these fond and fun memories over the past couple of months. As some of you may know, I have recently come home from a trip out to the sunshine state of Florida. I was in Florida for a total of three weeks and mainly stayed within the Orlando area visiting the various parks and attractions which the State in known for. It has been a few weeks since I arrived home already so I thought it was about time to start my travel posts for the trip. Hopefully you guys will enjoy reading just as much as I enjoy reflecting on the trip!

My trip began as most trips do, at home, asleep in my bed before the irritating drone of my alarm woke me up at the early hours of 6AM. This is one of the few times where I forgive the early hours as it meant time to get ready to go away and live in a dream like world for a few weeks. After getting up and ready and saying a sad goodbye to my dog we jumped into a taxi and headed for the airport.

Airport gives me a sense of dread these days as my experiences flying these past few years have not been great. I’m not afraid of heights or even of flying, but I often get pretty bad travel sickness during flights which makes long hauls more of a stress for my little body. However, after arriving and doing all the intimidating security and baggage stuff I tried to ease my mind that all would be well as it was only 8-9 hours instead of Japan’s 17-18 hours. So not too bad then! Seriously it felt like a total breeze after experience 18 hour flights. After grabbing some food and doing a little duty free shopping it was time to board. I have to say overall the flight to Orlando was pretty alright. By some miracle, I didn’t end up being ill mid flight and I even got to watch some great movies to pass the time. The flight had a selection of films including the recent Spider-Man: Into the Spider-Verse film which really caught my attention as I have been wanting to watch it ever since its cinema release. I have to say, the film really didn’t disappoint and I loved everything from the characters to the overall graphics of the film! I highly recommend it for Marvel and general superhero fans! I then decided to watch Disney and Pixar’s Coco (it felt appropriate for the destination). Annoyingly I had to stop watching just 20 minutes before the end of the film due to the plane landing but, I really loved what I saw of Coco and I don’t think I missed all that much of the story. 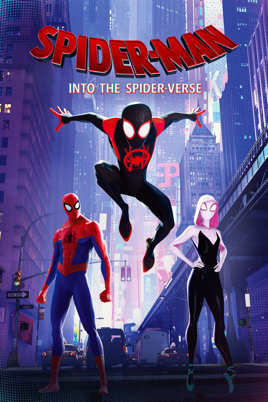 My heart signed with much relief that I was back on the ground, where I belong, and I was in beautiful sunny Florida. We did face one unfortunate hurdle after landing which was the fact that we spent almost two hours waiting to get through security as the whole system stopped working for a while. Finally after waiting patiently we got through and made our way to the hotel. We stayed at the Wyndham Gardens at Lake Buena Vista which is located right next to Disney Springs which was truly a blessing for the course of our stay. After many hours of being alert and awake and crossing time zones, we headed out to Disney Springs to grab some well deserved food. We decided on WolfGang Puck who do some awesome pizza and in my sleep deprived state I ended up eating a large cheesy pizza and fries at 10PM Florida time which my body clock was registering as 3AM. Suffice to say, my body was very confused. After a long day and one cheesy pizza and fries later, we headed back to the room and crashed out for the night. I had never felt so happy to be in bed and sleep!

2 thoughts on “Nerdy Travels: Off to the Sunshine State”