Our second full day in Florida was my 21st birthday which was extremely exciting for me as I never thought I would be able to be somewhere so special for this occasion. I ended up waking up at around 5 or 6AM because of jet lag but I didn’t really mind being up early since it was the big day for me. After some time I ended up falling back asleep for a couple of hours and awoke to my parents wishing my a happy birthday with cards and a couple of presents ready for me. My parents bought me a MASSIVE 21st birthday badge which was probably as big as my head. Like seriously, it was huge! They also bought me the birthday pin which Disney have available throughout the parks which will look amazing with the rest of my Disney pin collection. They also got me a few other bits and pieces including some other Disney pins such as mystery packs which I love unboxing and collecting!

My parents made me feel so loved and so special on this day which I truly appreciate! After cards and presents were opened we headed down to IHOP so I could have the birthday pancakes I had been dreaming of for months. As always the pancakes were super delicious and I drank way too much cold brew coffee but that’s okay because birthdays are for indulging anyway.

We then headed to Animal Kingdom which is my favourite Disney park as I am a huge animal lover and the overall vibe of the park is just super cool as it has an African and Asian vibe to it in terms of theming. When we arrived at the park the first thing I just had to do was get an official Happy Birthday badge from Disney. 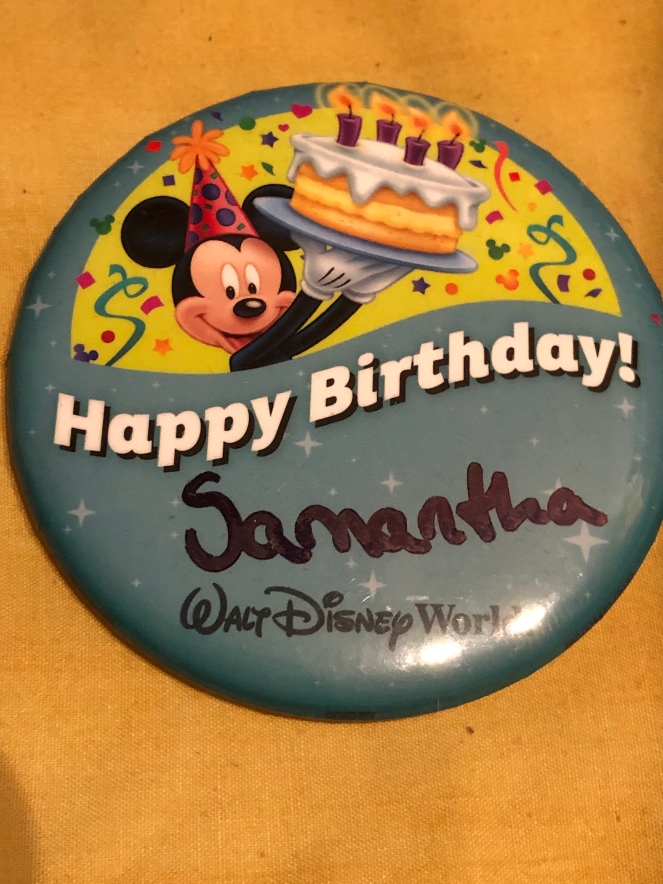 The parks offer a range of badges for visitors and you can pretty much celebrate everything from birthdays and engagements to graduating and first visits to Disney. I love that they offer everyone a chance to celebrate anything and everything. The badges can be requested for free at the guest relations services which are usually towards the front of the parks. From the moment I put on my badge I was flooded with continuous birthday wishes throughout the day from cast members which made me really happy and like a big kid.

We spent the morning wandering around Animal Kingdom and got to see a bunch of really cute animals including an ant eater, elephants, rhinos, lions and hippos. I also did some birthday shopping and found amazing products such as Hipster Mickey themed coffee and hot chocolate. 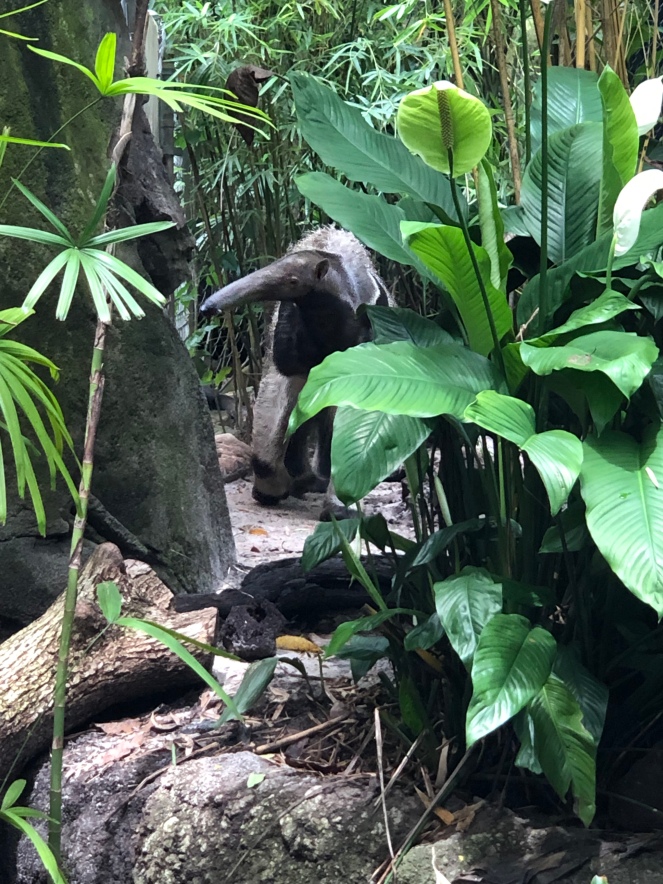 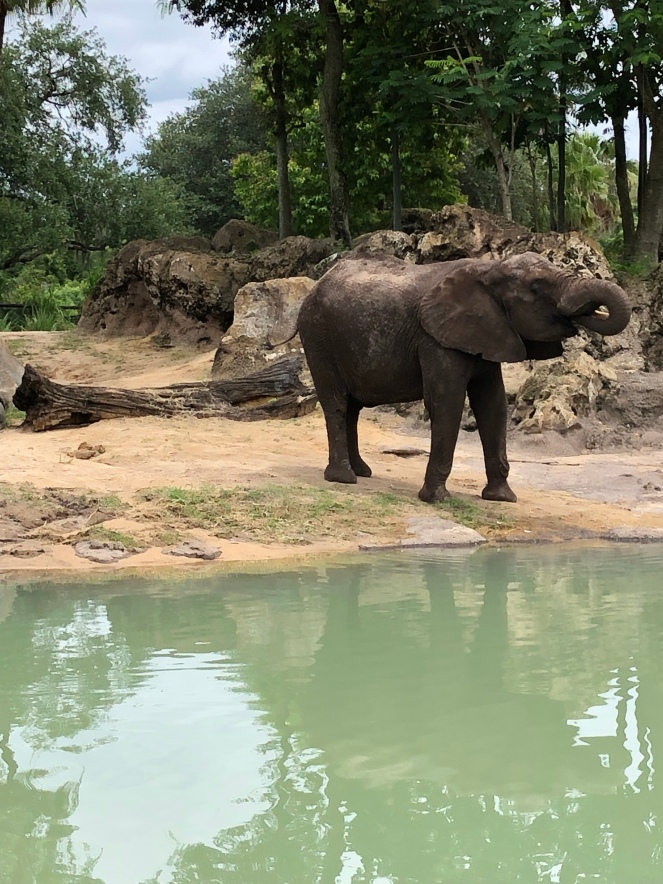 We also wandered up to one of the new areas which was the new Pandora area that they were still building last time I was at Disney. We were pretty excited and intrigued to see the new area and it did not disappoint. Pandora is based around the Avatar film which I have actually never seen but even if you haven’t seen the film you can definitely appreciate Pandora nonetheless. 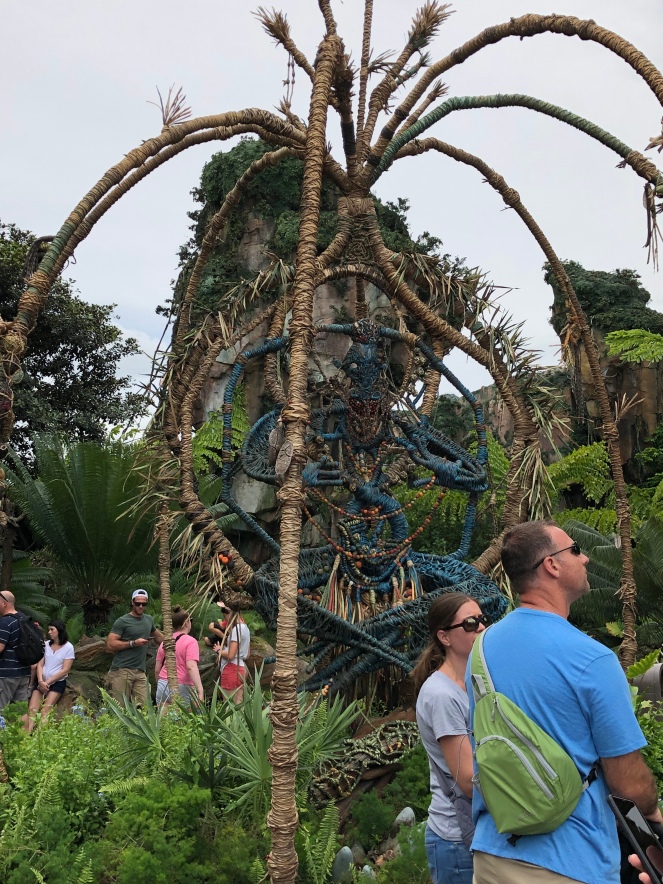 Pandora has some very colourful food which you can purchase and my dad decided to try the GREEN beer. Since I was 21 and I was of legal age in the States I decided to have the tiniest little sip of his beer so I could say I drank on my 21st. I was not impressed with the beer but at least my dad enjoyed it. After Pandora we headed out of Animal Kingdom where we spotted a wild Kevin from Up strutting around the park. 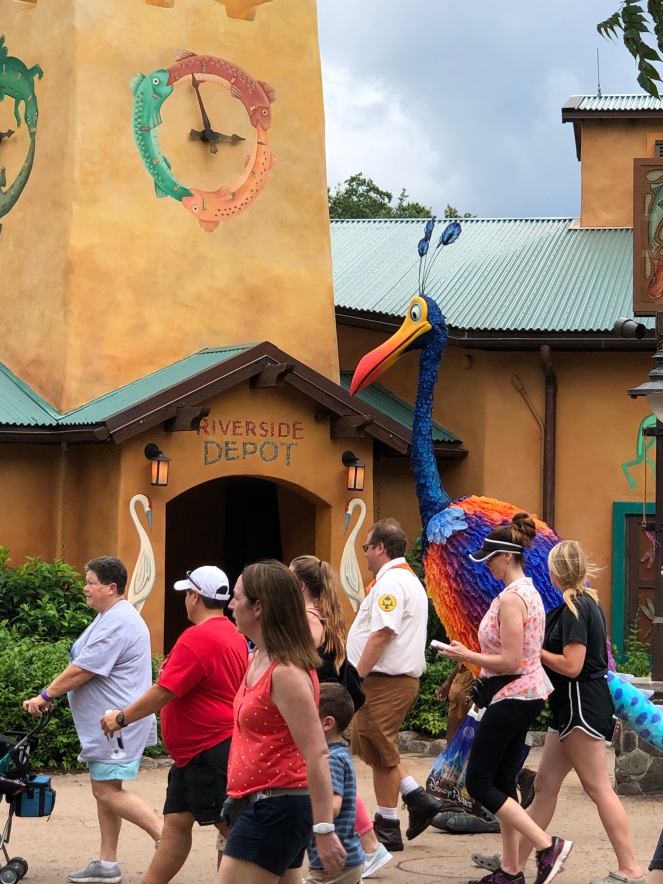 We then hopped on one of the buses headed for Magic Kingdom as I couldn’t have a 21st birthday in Disney without going to see the fireworks there. When we arrived at the entrance two of the lovely cast members working out front sang me happy birthday which honestly made me feel pretty dang special.

After birthday singing shenanigans we headed into the park and straight for some food because I was super hungry. We ended up eating at a Pinocchio themed restaurant and I got some flatbread pizza and fries, yum! I also had to go back for another red velvet cake pop since it was my big day and therefore I had a perfect excuse to indulge even further.

We managed to do quite a few things during the afternoon including seeing the Muppets perform a show about America in Liberty Square and we also took a trip to the Tiki Tiki Tiki Tiki Tiki Room (upon visiting said room you’ll never be able to say “Tiki room” normally again, you must sing the song). 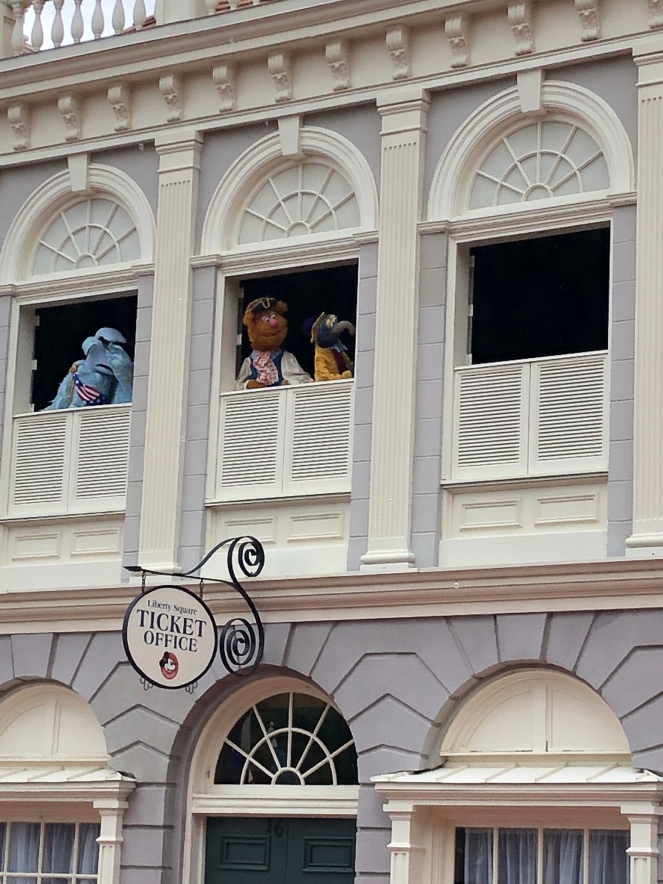 We also got a chance to go on the Pirates of the Caribbean ride which is a classic at Disney as me and my family are a big fan of the film franchise. I also had to go on the Haunted Mansion ride again, because it’s one of my all time favourites and I can never get enough of it.

As it was getting late in the day, we just wandered around the park until it was time for the fireworks. I think the show was named Happily Ever After and it uses a combination of projections, music and fireworks in order to create the show. The show is amazing and displays a range of Disney and Pixar classics including everything from Cinderella and The Little Mermaid to the Lion King and Aladdin. The only downside with the show is it can get extremely crowded and can be often a little hard to see especially if you’re on the shorter side.

After the firework show was over it was time to head home and I gotta say that I was ready to cry my little eyes out because I was so sad the day was over. This day was one of the best birthdays I’ll ever have and is a memory I will always cherish! Sappy, I know but who cares.