On this day we opted to have a more chilled out day. After waking up to find one of my mum feeling a bit unwell we decided to give her a quiet morning to herself whilst my dad and I headed for some breakfast in hopes that when we came back she would be feeling better. So, my dad and I decided to wander down to IHOP which was delicious as always but not the same without my mum there.

After we finished breakfast we decided to visit this grocery store which was close to the entrance to Disney World which allowed us to stock up on some stuff for the room and get my mum some stuff to bring her back to cheer her up. Whilst we were shopping we found that they are a pretty big cake section and since it had been my birthday a few days prior my dad treated me to a little red velvet birthday cake. The cake was SO delicious! Just seeing pictures of it makes me drool. 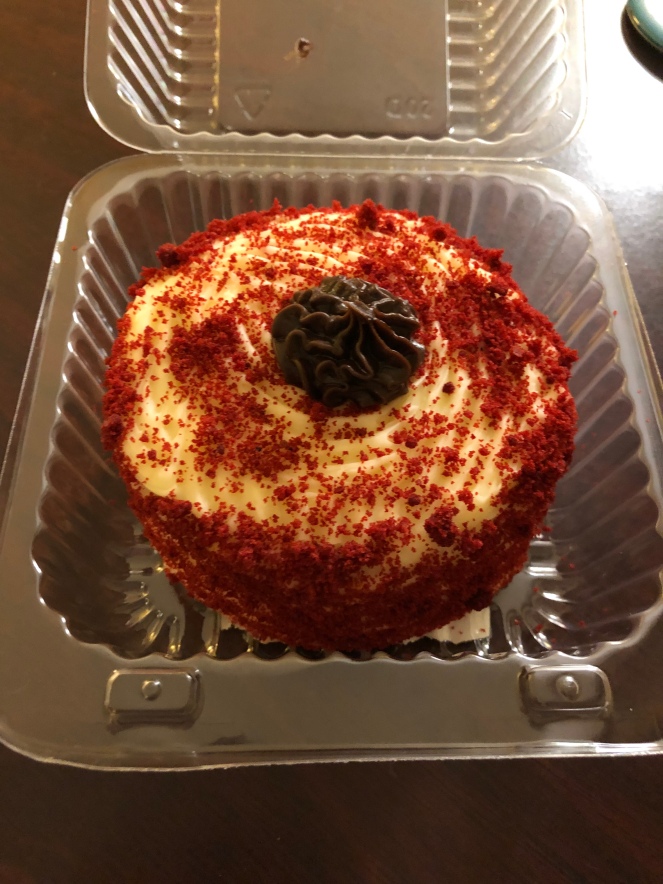 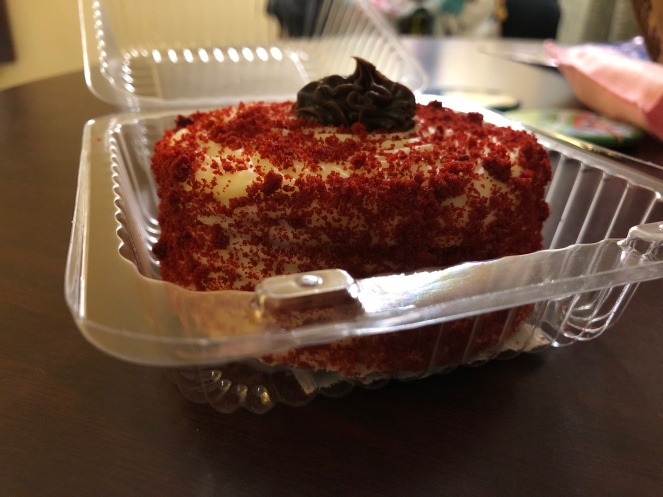 After some exploring had been done and I got a cake out of it, we headed back to the room to find my mum feeling much better. We decided instead of heading to one of the parks as we originally planned, we were just going to stay local to the hotel and instead head into Disney Springs as it was literally down the street from us. As we got into Disney Springs, it quickly went from cloudy to a massive downpour which is classic Disney weather. One second it can be super sunny and the next second you can be a drowned rat in a tropical storm so really it was pretty good that we decided on a chilled out day. We spent the rest of the afternoon shop hopping and looking at all the goodies Disney Springs had to offer. We went to places such as The Art of Disney (one of my personal favourites), the Disney Parks Pin Trading, the Disney Christmas shop which is open all year as well as the Rainforest Cafe. 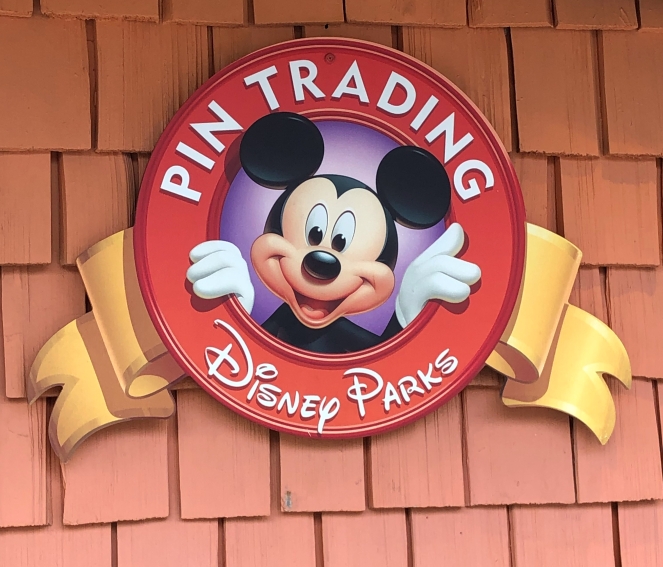 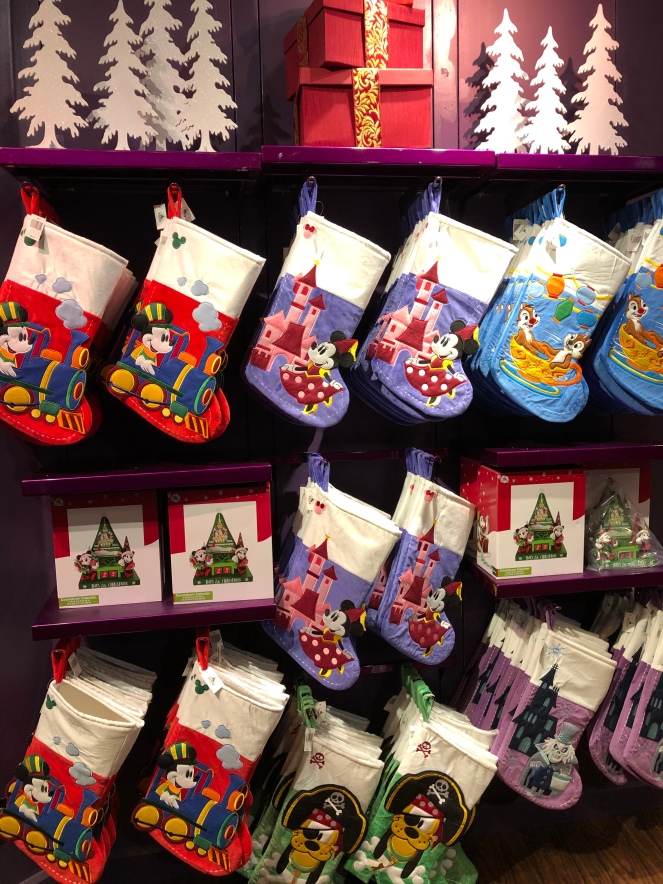 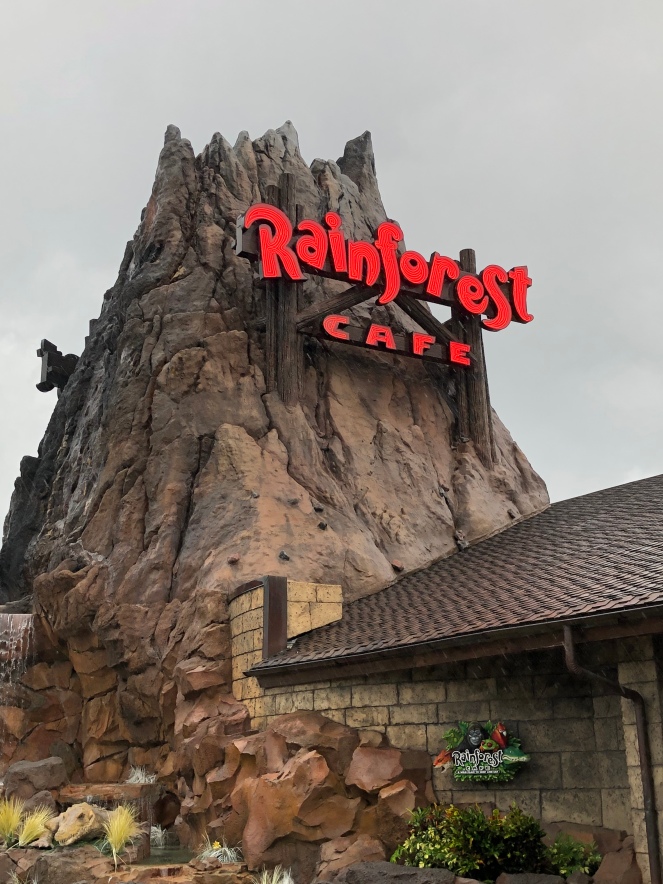 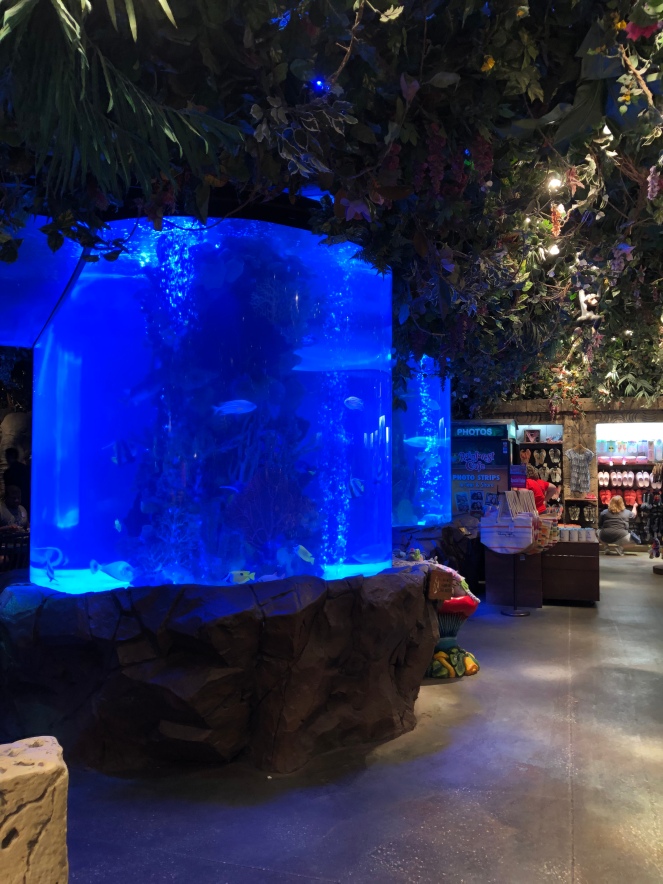 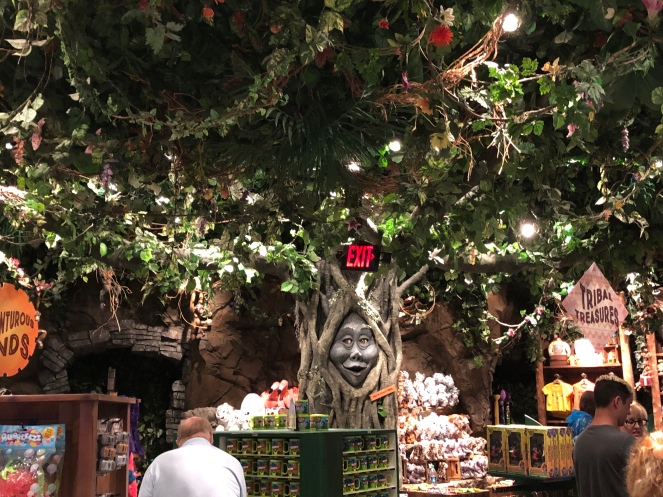 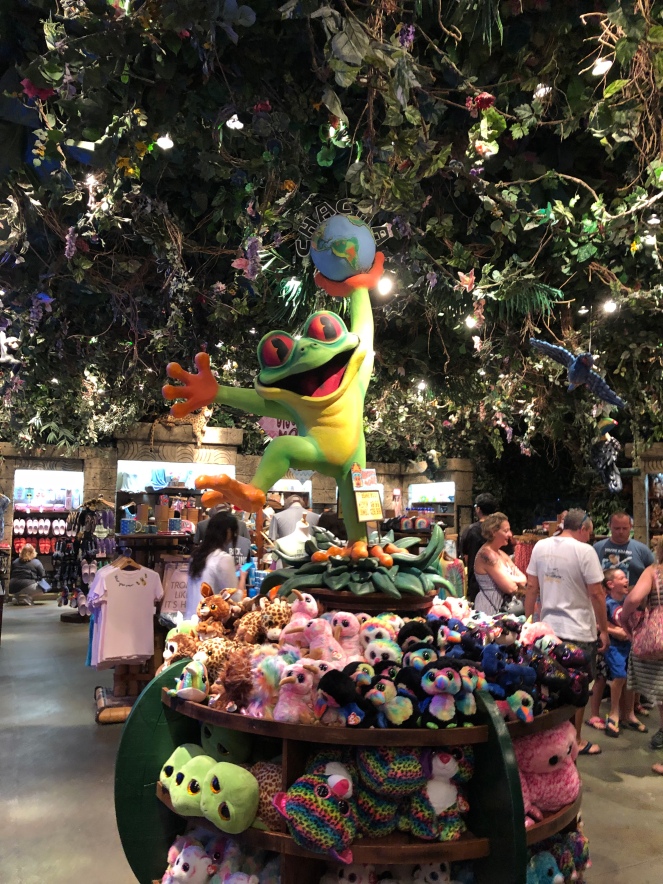 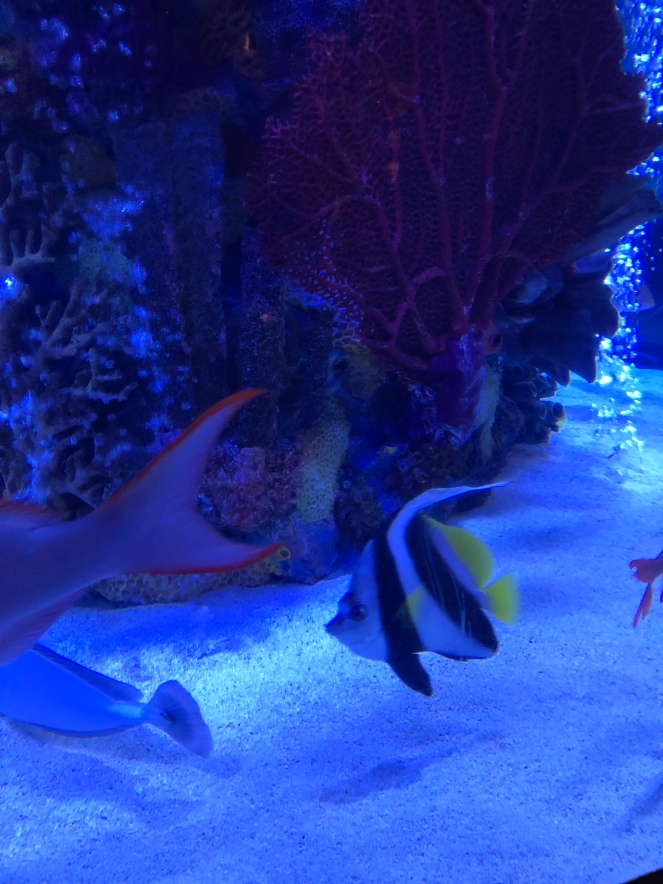 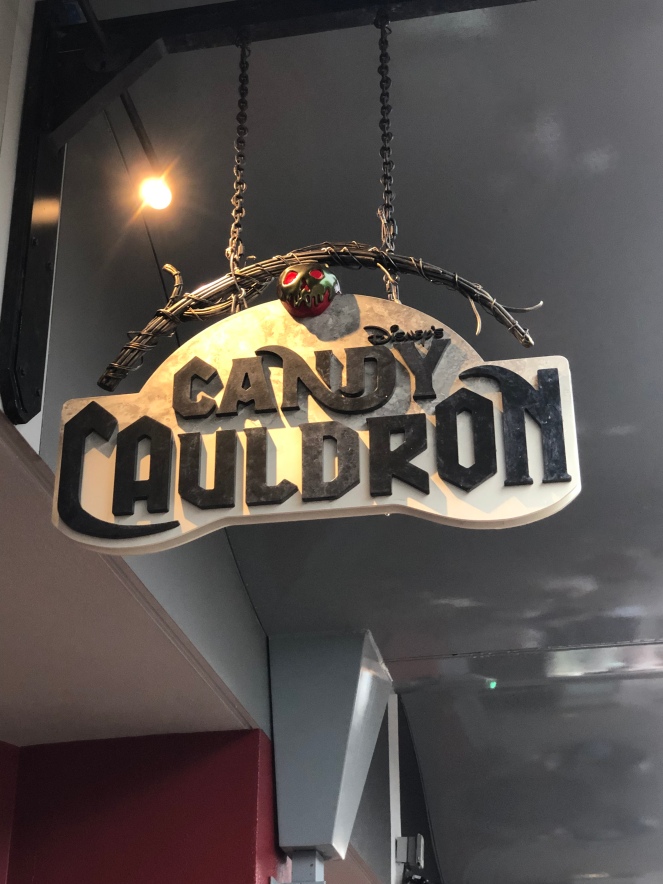 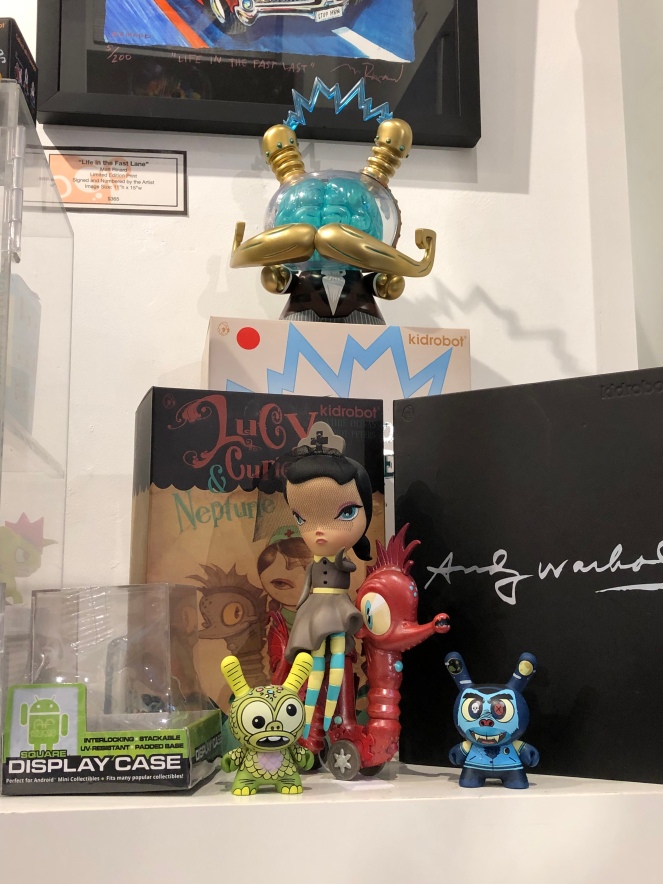 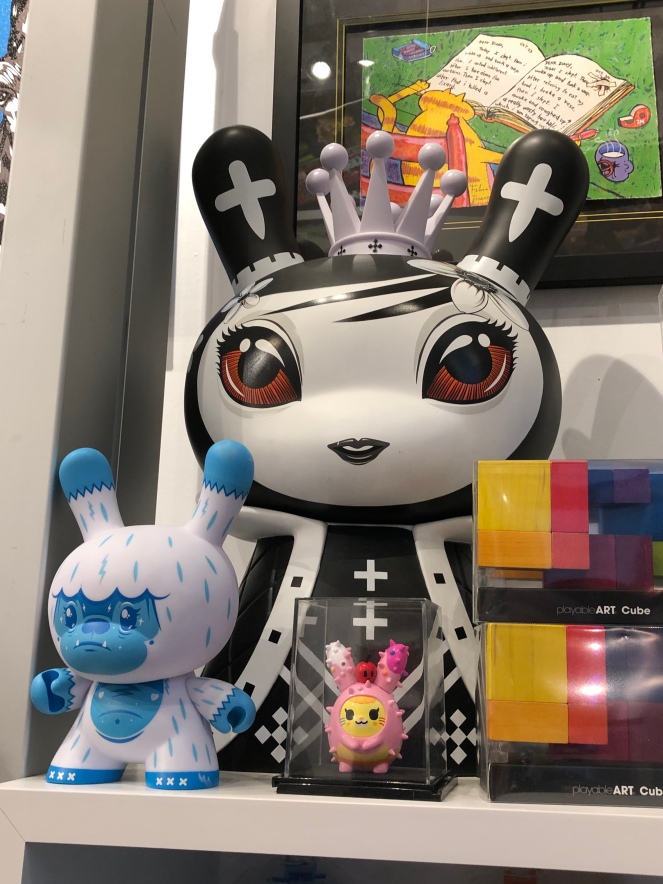 We also visited the Pop Gallery which is filled with one of my favourite things to collect, art toys! I love art toys as they are fun to collect and can go up in value over time since it is a piece of art in its own right. Some of my favourites to collect which are depicted above include the dunny dolls by Kidrobot which are rabbit shaped creatures with a variety of designs and collections. Disney Springs is perfect for a chilled out day amongst the hustle and bustle of the Disney parks.