Legend of Zelda: Breath of the Wild Is set at the end of the Legend if Zelda timeline. It is a vast open world game in which quests can be completed at your leisure and you are free to explore anywhere and everywhere. Link has awoken after 100 years of slumber to find Hyrule not how he left it. Now Link has to save Hyrule by defeating the evil Ganon who has taken over the land and filled it with monsters.

Breath of the Wild is my first ever experience with the Legend of Zelda. As a child I was a huge Nintendo nerd but I never touched this beloved series. I don’t have an explanation as to why other than my young self didn’t seem interested in it and would rather put her game playing time into playing all the Mario games and countless hours of Animal Crossing. I was naive and myself now knows better than to just ignore video game franchises like that!

When considering what games I wanted to start off with when purchasing my Nintendo Switch I knew that BOTW was a game that was highly recommended as a first purchase. After countless hours of playtime I can concur it is definitely worth it. Breath of the Wild currently stands at my most played game on my Switch so far as I have wracked up a hefty 100 hours on the game so far and I still haven’t completed everything.

As this was my first time playing a Legend of Zelda game I went in completely blind. I felt like the biggest newbie ever but I wasn’t going to let that stop me enjoying the game for what it was. I didn’t have much experience playing open world games until Breath of the Wild came into my life. I’ve always been a platform style gamer so the sheer vastness of Hyrule was very intimidating. During the first 10 to 15 hours of playing I had no idea what I was doing and running around blind in order to hunt for towers and shrines was my only option. As the map was an element which had to be filled in by the player I often felt that I was getting nowhere in terms of actual story progression until much later into playing the game. I found it quite disheartening for a few hours because I just sat there thinking ‘I’m doing it wrong’ and ‘why am I no good at playing this game’. I would often run blindly into areas where towns and stables weren’t nearby so for some time I felt quite alone in this expansive world. When I did begin to stumble across towns and villages I got really quite excited about it as I felt some form of progress within the game. Yes, I know I’m dumb you don’t have to tell me. 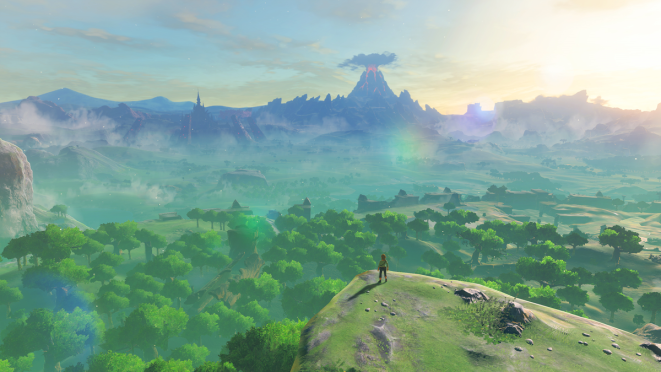 After the first 20 hours or so, I finally began to settle into the game as I completed my first Divine Beast quest. I felt such a sense of pride and achievement after completing the Vah Ruta quest and I felt like I was actually making some progress in the game. I was pretty much hooked and played the game so much to the point where my wrists hurt.

After that point, I started to get much more out of my playing experience. I think the combination of defeating one of the beasts mixed in with the fact that I was slowly working my way across the map and filling in all the blanks on the Sheikah Slates map was encouraging to me and pushed me forward with making progress.

Alongside the amazing and expansive gameplay both the soundtrack and graphics add so much to the game. The graphics are really clean, smooth and the graphics of the world is very well done. Hyrule has an expansive world including areas filled with snow, sand, ancient ruins and rocky mountains. I love how much there is to explore and that each area and each day brings different graphics such as blizzards, sand storms and thunder, rain and lightning. My only qualm about the weather is the rain when you’re trying to climb. I think this is one of everyone’s biggest pet peeves as the rain comes usually at the exact time that you want to climb up something.

As I mentioned previously, although I struggled at first with the game and its progress, I now find the slower progress as well as collection building elements of the game really appealing. Breath of the Wild allows you to collect all kinds of materials and items which is really fun. The game allows players to collect everything from weapons, shields, armour and food alongside completing shrines and other quests. This gave me a lot of scope to pick and choose what I wanted to do and when I wanted to do it which I love. Although, I do find it amusing that at the beginning of the game everyone is telling Link that he has to hurry up and defeat Ganon and over one hundred hours of gameplay later Link doesn’t seem too fussed about if I want to go collect korok seeds instead of defeating the big boss. Getting all the cool armour as well as bigger and better weaponry the more you play is one of my favourite things to collect within the game.

As of the writing of this review, I’ll admit when I say I still haven’t defeated Ganon. I have done the majority of the quests such as getting to master sword and getting Link’s memories back but I have been hesitant to go and defeat the boss. When playing anything which has a large overarching goal I find that after completing said goal, I think I’m done playing and my motivation for playing any longer dwindles. Because of how much I love Breath of the Wild, I just don’t want it to end and I guess I’m extending the play time a lot by completing shrine and other side quests until I don’t have much else to do other than go fight Ganon. With the announcement of Breath of the Wild sequel, I can now happily finish the game knowing that there is much more in store for me with both the sequel and the DLC pack. 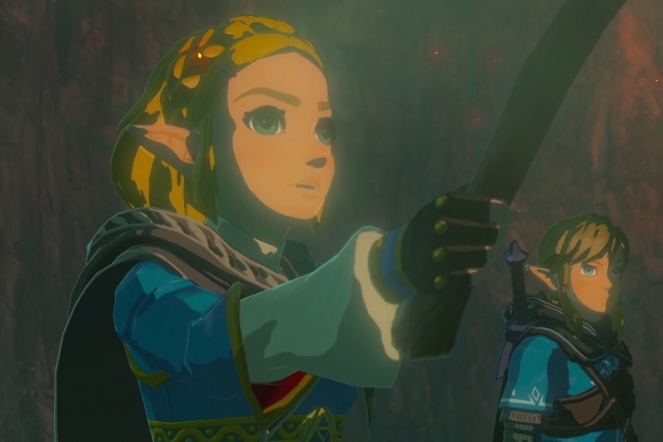 Legend of Zelda: Breath of the Wild is a masterpiece that every Nintendo fan needs to play at some point. This game has officially turned me into a Zelda fan and I look forward to seeing more in the next couple of years.

9 thoughts on “Discovering a Masterpiece (Legend of Zelda: Breath of the Wild Review)”