This might sound a little silly but I think this day was one of the most memorable and one of my favourite days of the entire trip. The day started out really chilled as we decided to head across to Disney Springs and do a bit of shopping at places like Sephora. Both my mum and I wanted to grab some stuff from in there and so we decided to treat ourselves. When checking out at Sephora, the guy who was serving us (who was super sweet and helpful) said one of us could have a free facial since we had spent over a certain amount. It was one of those things that you can’t really refuse so I decided to have my first ever facial for the low, low price of totally free! The way the facial worked is I just sat down in one of the chairs by the skincare counter and one of the lovely skincare ladies hooked up this special machine which dermatologists usually use. Apparently the machine and the treatment is usually super expensive and the best way I can describe the treatment was, I had my face vacuumed. No joke. That is basically what happened. The lady used this little suction tool with nice, cooling products on it to basically suck all the crap out of my face. It was actually really nice and relaxing and doesn’t hurt at all. After the treatment was done the lady then showed my parents and I all the gunk now in the machine which was both gross and fascinating. My skin felt so good afterwards and overall it was one of the most spontaneous but also memorable experience from the holiday. After my glorious facial was over, we headed down to Ghirardeli to get ice cream. We actually had a coupon for Ghirardeli and so we got a whole chocolate bar for FREE when we got our sundaes. I was convinced that the coupon was too good to be true but nope, we got a free chocolate bar and it was soooo good.

When we’d finished up in Disney Springs we headed back to the hotel to drop off our bags before heading down to the hotels pool. I hadn’t spent much time by the pool compared to my parents but on this day I just really felt like going for a swim and chilling out some more. We spent a couple hours at the pool which helped to cool me down in the Florida sun before heading out into Epcot for the rest of the evening.

We ended up eating at the Four Seasons which is located in The Land which has basically become the only place we eat at Epcot. They do really nice food though. 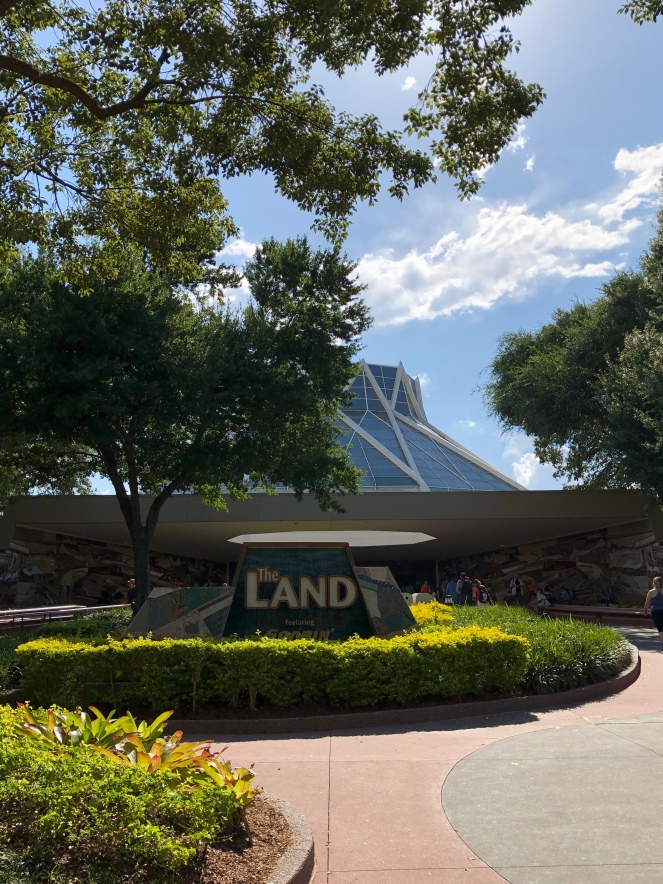 The Seas with Nemo and Friends was our next stop for the evening. We hadn’t been in this area up until this day during this trip and we thought it would make a nice change of pace from exploring the World Showcase. The Seas with Nemo and Friends is a really fun indoor area to explore as the building has both the Finding Nemo ride along with a huge aquarium. The cool thing about this area is that you pretty much enter through the ride and instead of exiting to a shop and the exit, you are led into the aquarium which you can spend a good while exploring. There are some huge tanks filled with sharks, turtles, stingrays and other fish, a manatee area and small tanks filled with smaller fish including eels, starfish, seahorses and tropical fish. 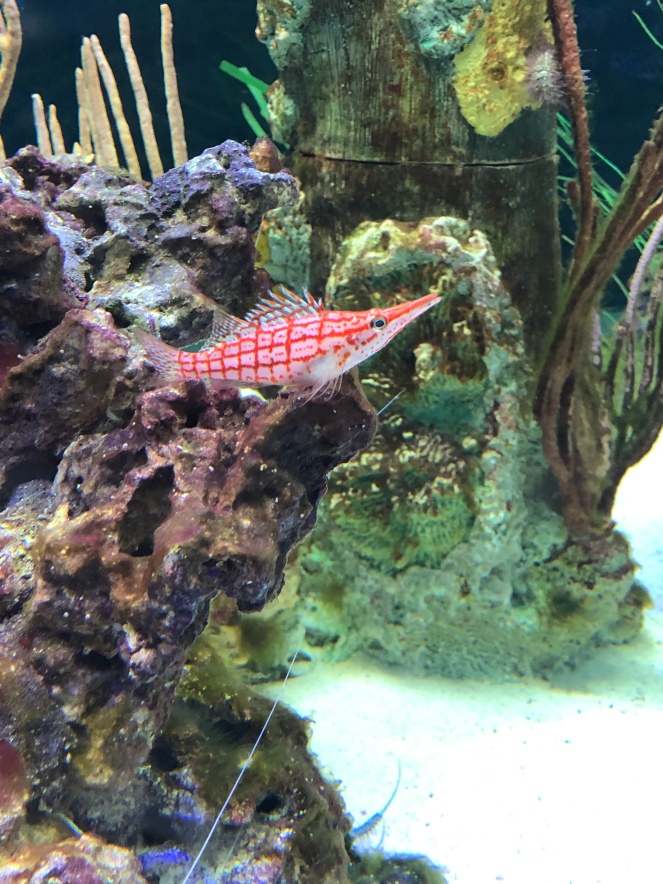 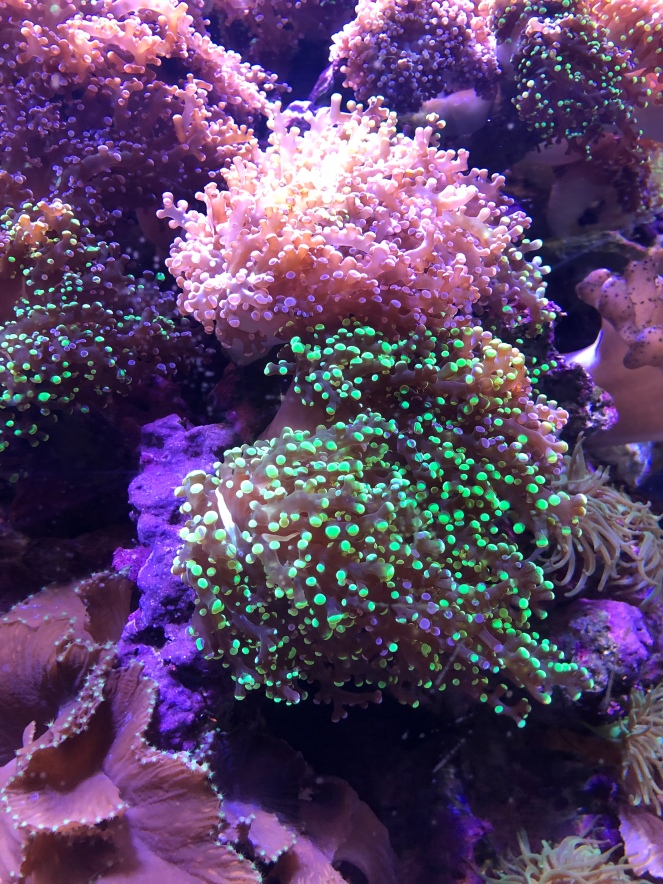 After spending some time looking at all the cool fishies we headed into the World Showcase quickly as I was determined to get one of Disney’s signature treats which is the Mickey Mouse head shaped rice crispy treat. I love Disney’s rice crispy treats and Epcot’s Germany were selling Werther’s Original versions of them which I just had to try. 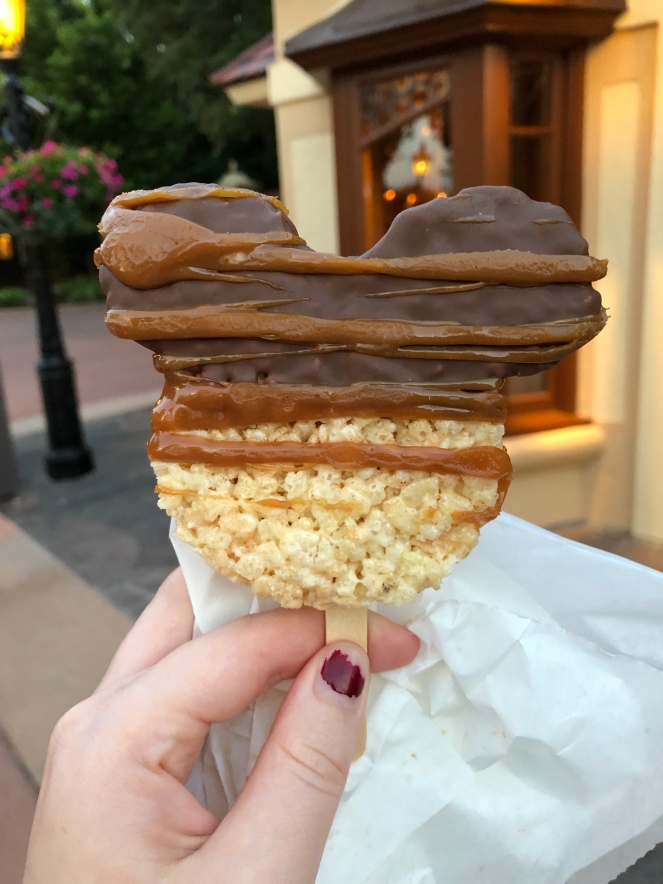