It’s the start of the very special festival! The Animanga Festival to be exact. Now, for those of you who haven’t heard about this festival it is basically a celebration of anime and manga fans who create blogging and/or vlogging content. October is going to be filled with lots of amazing content ranging from writing prompts to fun activities and events which will be sprinkled throughout the month. I was so excited when I was invited to take part and so to kick off the festival on my little blogging corner I’m going to discuss what anime and manga I would introduce to first timers who are brand new and bright eyed to the wacky world of anime. 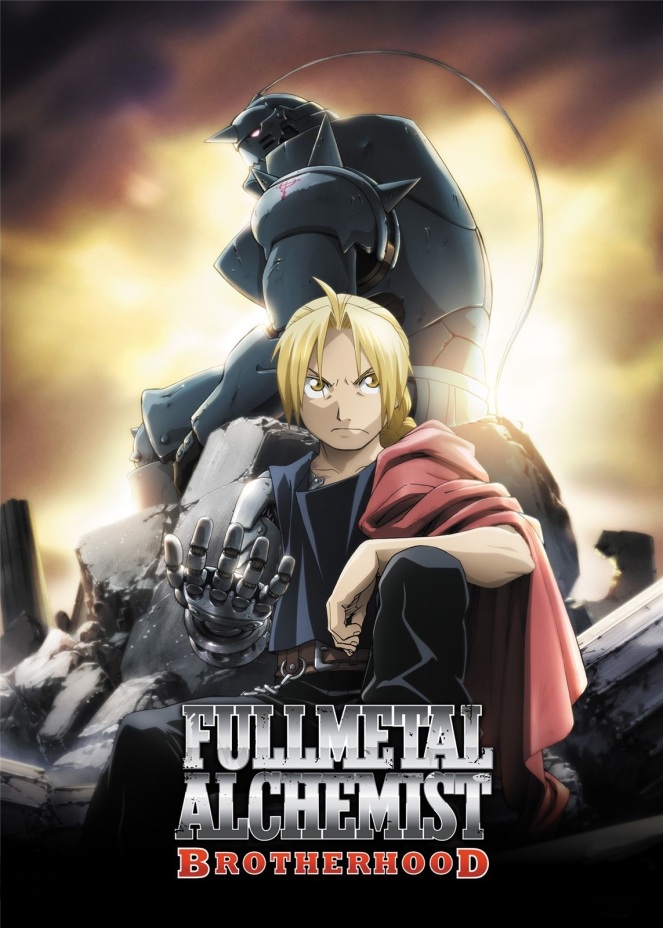 Is Fullmetal Alchemist: Brotherhood a really cliche answer for this? Yes. Am I going to stand my ground and go with it anyway? Also yes! Now, in the anime community this is a staple piece for most anime watchers. It is beloved by many including myself and the fact that it is so universally liked by anime fans really helps with my argument that it is perfect for first timers. Unlike your standard slice of life anime or your typical harem anime, Brotherhood is an anime which doesn’t rely too much on standard anime tropes which go over non anime watchers heads. Y’know, like the slice of bread in your mouth whilst running to school because you’re late? Or the skirt blowing up in the breeze for a  panty shot humour? Yeah, most first timers aren’t gonna appreciate that kind of reference so anime like Brotherhood are a nice smooth introduction into the world of anime without overwhelming the first timer. Although it is on the longer side with a total of 64 episodes I think it would give first time watchers something stable to sink their teeth into for a while. None of that unfinished anime nonsense like lots of series bring. Fullmetal Alchemist Brotherhood has that typical anime flair with its concepts and characters whilst still being appealing to people who are unfamiliar with anime. The plot is not only simple and easy to follow but also rewarding to see unfold and actually leaves the watcher feeling satisfied after finishing it.

I’m not sure why I associate shounen series as being good for first timers but apparently I do think that very much since My Hero Academia is my manga of choice for first time manga readers. I think the fact that MHA is about on super heroes and villains is what prompted me to include this as my manga of choice considering how much the West is soaked in superhero related media. Everywhere you look these days you see something Marvel or DC related. Super hero related content is ingrained into the brain whether we like it or not. So, to me it makes sense that My Hero Academia could be a great start for first time manga readers. Not only is it a concept which is familiar to a western reader but it is a highly popular series currently within the otaku community and I’m sure people who aren’t into manga have probably heard of it. It isn’t anything too obscure which makes it easier to access whilst also having a fun and engaging story accompanied with a huge range of lovable characters. I think a lot of first time readers could easier get into reading this series. Plus, since it is such a hot topic in the community it gives first timers something to bond with other manga readers on!

16 thoughts on “A Beginner’s Guide to Anime and Manga”