A new year, new anime season and even a new decade is closely approaching us. It is scary to think about how quickly anime seasons go by these days never-mind a whole year and a whole decade! It is crazy! But yes, winter 2020 is coming for us anime fans and I have to say I’m pretty excited for what 2020 has in store for us.

I am thrilled that NekoPara is getting an anime adaption! I got Volume 1 of the visual novel for my Nintendo Switch last Christmas and I found it to be such a sweet and fun experience. Nekopara takes place in patisserie where a boy named Kashou Minazuki has set up his shop named “La Soleil”. After moving out of his family home and into his new place to set up his shop he finds two of the family cat girls name Chocola and Vanilla have hidden themselves away in one of his moving boxes. Although Kashou wants to send them home, the two are determined to stay with him and help out in his new shop. Whilst the artwork is slightly different when compared to the light novel, it still looks really hecking cute and it even looks like there will be some anime original characters included too!

It is finally here! Haikyuu! season four is quickly approaching us and I am more than ecstatic to see what the next instalment of the series has in store for us. The forth season of Haikyuu! is supposed to come after a two part OVA for the anime which features Nekoma and Fukurodani which is also due this winter. Whilst I’m not sure what exactly is going to come my way for this next season, you can bet that I’m still super hyped for it as I have been waiting for this since 2016! Hopefully the long wait will be well worth it. 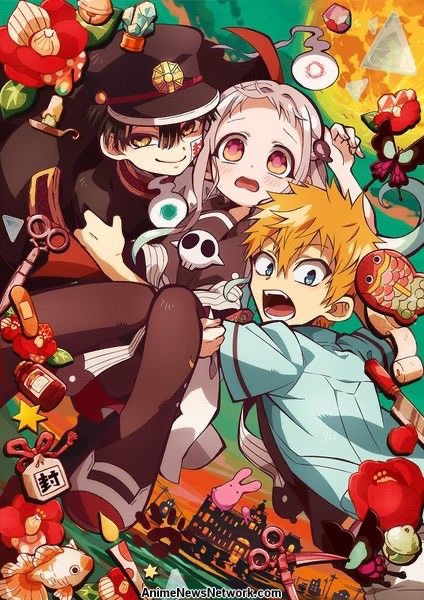 “Hanako-san” is said to be a ghost which can be summoned in the girls toilets on the 3rd floor of an old school building. One day a girl named Yashiro Nene decides to try and summon “Hanako-san” in hopes of being able to find love, instead she finds something completely different from what she was expecting. The name Toilet Bound Hanako-kun might be weird but this series looks like it is going to be a lot of fun and something I’m going to love! I have seen the manga floating around the internet and I have been dying to give the series a try as the artwork is adorable and I love the Hanako-san urban legend!

Science Fell in Love, So I Tried to Prove It

I have a strong feeling that Science Fell in Love, So I Tried to Prove It is going to be a great addition to winter 2020. The series follows two scientists who are falling in love with each other whilst they are also trying to find out if love can be solved through scientific theory. My nerdy little heart is just fluttering at the idea of this anime as I love science and trying to solve things through scientific research. I have high hopes for this one and I hope it lives up to expectations!

Winter 2020 looks to have some real gems and I cannot wait to see what else this year and this decade holds for the anime community!